CBS’s SVOD service, CBS All Access, is headed to the global market. 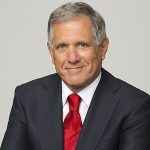 The service will move beyond the US for the first time in the first half of next year by launching in Canada, followed by other markets.

The CBS Studios International and CBS Interactive divisions of CBS Corp. are working together on the roll-out.

CBS chairman and CEO Les Moonves said the move is the result of the service “growing faster than we anticipated domestically”, with CBS All Access  now representing “a whole new opportunity internationally as well”.

Pricing will be announced “at a later date”, with the US version available for US$5.99 or US$9.99 for a commercial-free option.

CBS was the first US broadcaster to launch a direct-to-consumer product in the US, and has invested heavily in original programming for it since launch in October 2014.

Series such as Star Trek Discovery and The Good Fight, plus the appointment of Julie McNamara as executive VP of original content, have signposted the intent. Last week, it added a comedy from actor Will Ferrell called No Activity and two dramas, Strange Angel and $1.

Last year, the Eye Network stated it would have eight million digital subscribers to its CBS All Access and Showtime digital services by 2020, and is now claiming it will have more than four million by the end of this year.

“By going direct-to-consumer around the world, we will facilitate new connections between the global audience and our industry-leading premium content,” said Moonves. “I look forward to introducing CBS All Access to Canada in early 2018, followed by a number of other markets in multiple continents around the world.”