Shares in Discovery Communications and Scripps Networks Interactive have spiked on a report claiming they are once again exploring a merger. 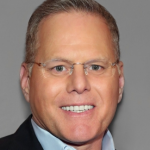 Discovery’s share price grew 9.4% and Scripps’ 10.4% after the Wall Street Journal cited sources saying talks had resumed three years after the last attempt at bringing the companies together.

In January 2014, talks to merge Discovery and Scripps were abandoned at an “early, exploratory stage”.

Should a deal go ahead this year, Discovery would almost certainly emerge with a lion’s share of the stock as the larger company. Discovery currently has a market capitalisation of around US$15 billion, and Scripps is worth around US$8.8 billion.

The two companies share factual and unscripted DNA, and both have sprawling domestic US and international channels matrixes that target specific demographics. Many high-ranking execs have transferred between them, or have worked for both in their careers. 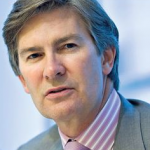 Scripps has been targeted for takeovers in the past, and a CNBC report suggests Viacom is also interested in a deal for the business.

The report suggests Scripps is looking for a buyer in order to give them better leverage when negotiating carriage deals with cable and satellite operators.

Discovery has had its own problems in this area, with a dispute with European satcaster Sky earlier this year leading to a major public dispute that ultimately ended with a new deal.