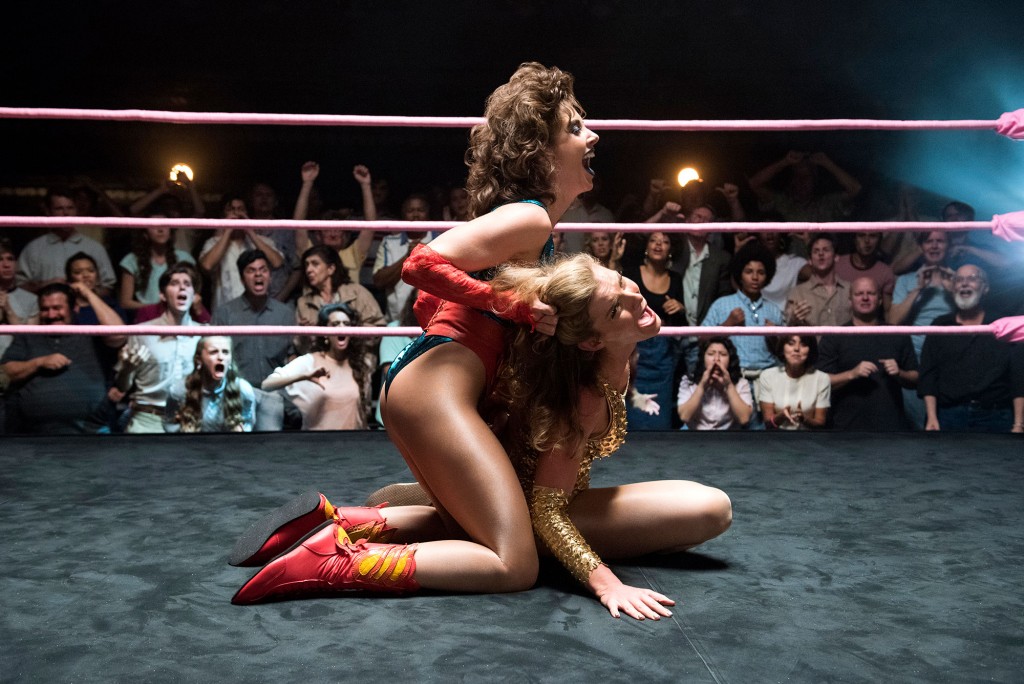 A range of returning shows have had impact on the charts, with Game of Thrones (GOT), House of Cards and Orange is the New Black all reaching top spots in Germany this week. 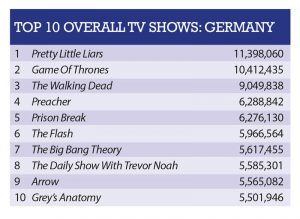 Surprisingly, GOT does not feature in the number one spot on the overall top ten despite the excitement ramping up for its seventh season, which begins on July 16.

GOT is preceded by Pretty Little Liars, which had 9.5% more demand overall.

Series with new recent episodes – Preacher, Prison Break, and The Flash – have generated relatively steady demand and continue to gain more views than the older titles on the overall list.

The launch of the new season of Netflix’s Orange is the New Black on June 9 propelled the prison drama series to number one on the digital original series chart in Germany. The prison drama had 9% more demand than Netflix’s 13 Reasons Why.

House Of Cards also received high demand as it returns with its fifth season. 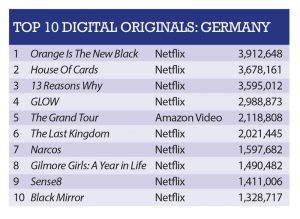 The show received second spot on the list and is followed by 13 Reasons Why.

Netflix’s GLOW has newly appeared on the list. The series is a fictionalised account of the 1980s syndicated women’s professional wrestling circuit and stars Alison Brie and Marc Maron.

The dramedy series had roughly twice as much demand as Netflix’s Gilmore Girls: A Year in Life.

Amazon’s The Grand Tour reappeared in the chart in fifth place, but the digital originals list remains largely dominated by Netflix which takes up the rest of the top spots.