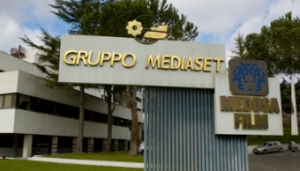 Mediaset is to strengthen its on-demand offering, Mediaset Play, with new content and will launch targeted advertising this year.

Mediaset has also said that it expects its pay TV unit, Mediaset Premium, to continue to lose subscribers and revenues this year, but that margins will improve as the platform shifts towards an on-demand offering.

At a presentation of the company’s plans, on-demand chief Alessandro Salem said that the group would also ramp up its activity in original production, a move that various pay TV businesses are making. Earlier this week, Liberty Global-owned Virgin Media announced it was moving into kids TV commissioning for the first time, with a plan to place that content on its on-demand service.

Mediaset suffered a reverse recently when it was beaten by Sky in the negotiations for the next set of Champions League and Europa League football rights, previously aired on pay TV unit Mediaset Premium. Chief executive Pier Silvio Berlusconi said at the presentation that Mediaset was now open to selling Premium’s final season of Champions League rights – for the 2017/18 season – to Sky, without giving specific details.

Berlusconi said at the event that football was “always” a loss-making venture. He said that not having rights involved losing subscribers while having rights meant losing money.

Berlusconi said that he expected Mediaset to return to profit this year. Mediaset Premium is expected to contribute significantly to this, providing about half of an envisaged €468 million (US$534 million) improvement in performance by 2020.