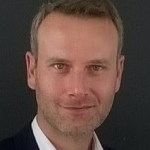 He will oversee FMI’s sales operation across Central and Eastern Europe, Russia and the CIS region, and is charged with maximising the firm’s content opportunities across all broadcasters and platform partners.

FMI is the finished programming sales arm of American Gods and X Factor firm FremantleMedia, which is based in London.

His hire comes as CEE-focused market and conference NATPE Europe kicks off today in Budapest, Hungary. Pawsey is at the market representing FMI.

At NBCU International Television, Pawsey was director of sales, strategy and development in Europe.

“Nick is a rare executive with broad mix of experience across sales, strategy and acquisitions, as well as strong local knowledge in specific CEE regions,” said Lynn in a statement to TBI.

“As FMI look to further capitalise on opportunities in these increasingly important and evolving territories, Nick is an ideal candidate. He has demonstrated a strong track record in structuring deals, while bringing a fresh perspective that is vital to an ever complex distribution business. A perfect addition to the FMI team.”

Pawsey said FMI was “a company that I’ve admired for a long time and with an impressive slate, their continued push into impressive new dramas and season renewals for the globally acclaimed titles such as American Gods and The New Pope, it’s a very exciting time to join”.