The former commercial chief of Endemol Shine Turkey (EST) has hit back publicly after he and the company CEO were dismissed last week. 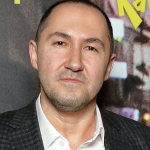 However, former EST chief commercial officer Eren released a statement claiming that there was “not a single penny that cannot be accounted for”, and that ESG’s attitude was “inexplicably negative”.

He claimed that EST’s cash shortage had primarily been caused by commercial decisions “taken by the holding company” (ESG), including the distribution strategy of Turkish drama Intersection, and alleged his requests for funds had been rejected.

He also claimed EST had delivered financial reports to its parent “on a monthly basis, at the same time as the rest of the world”, and that legal proceedings were underway. He told TBI it was “impossible” that ESG did not have the information, and added the situation was “sad and amazing”.

Other claims included that ESG’s management approach and attitude “changed instantly” after political problems arose between Turkey and the Netherlands, where Endemol Shine is headquartered.

The company’s central management team is understood to be overseeing EST for now, with further statements following “in due course”.

“The serious issues referred to in previous statements are the subject of an ongoing investigation,” said an Endemol Shine spokesperson today. “To reiterate, however, the decision to dismiss was considered thoroughly and not taken lightly.”