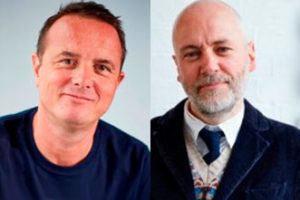 The pair has been in the roles at the Bear Grylls: Mission Survive producer since June 2015, but will leave in July.

A new chief creative officer will be appointed to lead the business.

The changes are understood to have followed an internal review that followed All3 buying Betty from its parent company, Discovery Communications.

“Under the leadership of Neil and Matthew, Betty has produced some truly distinctive, popular and award winning series ranging from The Undateables and Bear Grylls: Mission Survive to The Autistic Gardener,” said All3 CEO Jane Turton in a statement issued to TBI.

“I’d like to thank both of them for their all their hard work, commitment and passion and wish them the very best for the future.”

Smith and Littleford described Betty as “one of the best indies in the business”, adding: “We’re incredibly proud to have been a part of it. We wish the team all the best and we’re excited about what the future holds for us.”

He was controller at BBCWW-backed channels business UKTV and controller of entertainment for commercial broadcaster ITV’s digital channels.

While at ITV, he produced Jordan and Peter: Marriage and Mayhem with Smith, who has been with Betty for seven years.

Smith’s credits include Country House Rescue, The Fabulous Baker Brothers, Bear’s Wild Weekend with Stephen Fry and Bear Grylls: Escape From Hell. Prior to that, he produced Shipwrecked and Big Art for Channel 4 and Get a New Life for BBC Two.

All3 acquired control of Betty from Discovery last month, along with another UK-based factual specialist, Raw.

The companies had been the only indie-operated UK production companies Discovery owned, with Betty acquired in 2011 and Raw in 2014.

They now sit within a group that also comprises unscripted and factual producers such as Maverick Television, Optomen Television and Studio Lambert.