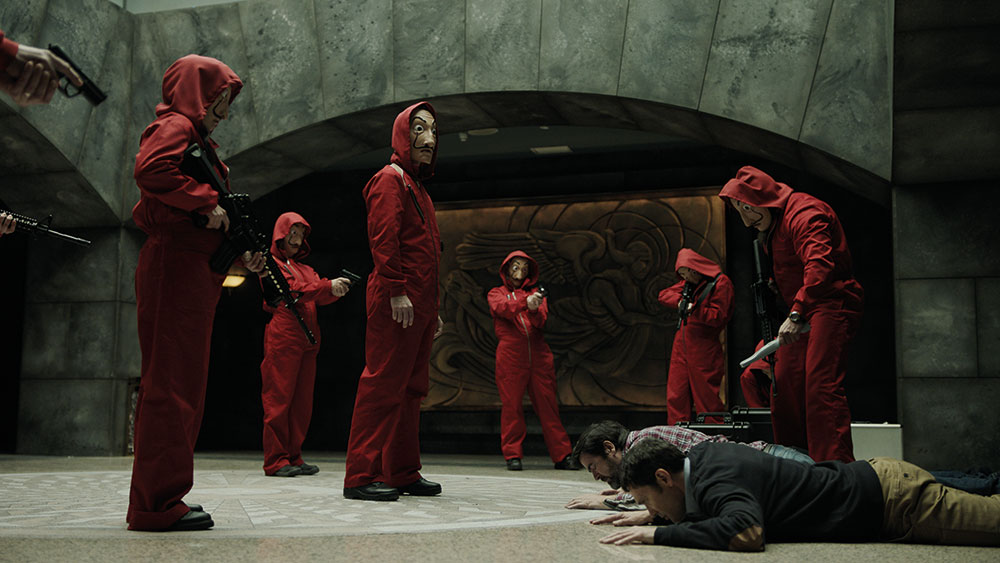 Spain’s demand chart has thrown up a surprise – half of the overall most demanded series are Spanish-language series.

Generally, our charts with Parrot Analytics show a prevalence of English-language US series, regardless of the native tongue. 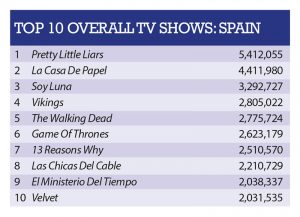 La Casa del Papel is the most popular Spanish-language series in the Spanish market, and the second most in-demand overall, behind Pretty Little Liars.

The Walking Dead, Vikings, Game of Thrones and Netflix’s 13 Reasons Why are all present however, with the latter being the most popular digital series.

Netflix completely dominates the digital chart, taking all ten spots, with 13 Reasons Why at the top.

Parrot noted series that have recently added new episodes – Sense8, Orange is the New Black and House of Cards – have seen steady demand (though Sense8’s could also be attributed to its high-profile cancellation). 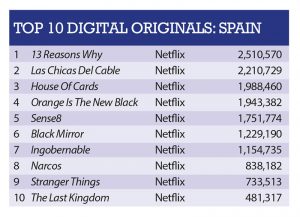 Netflix’s first Spanish original, Las Chicas del Cable, is second (and eighth overall), 14% behind the American series, as high production value series continue to grow in stature in the territory.

The news will be of particular interest to Spanish and international drama producers, with the first Conecta Fiction event set to launch next week in Santiago de Compostela in the country’s Galician region.