Verizon has competed its US$4.5 billion acquisition of Yahoo’s core business and has combined it with AOL to create a new subsidiary called Oath, with Marissa Mayer exiting as a result. 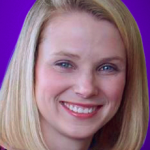 AOL CEO Tim Armstrong becomes CEO of the new subsidiary, having lead the integration planning teams since the Yahoo takeover was announced in July 2016.

The deal was thrown into doubt after Yahoo was twiced hit by cyber attacks, with the original enterprise value of the agreement eventually dropped by US$350 million in an effort to push it through.

“The close of this transaction represents a critical step in growing the global scale needed for our digital media company,” said Verizon president of Media and Telematics, Marni Walden.

“The combined set of assets across Verizon and Oath, from VR to AI, 5G to IoT, from content partnerships to originals, will create exciting new ways to captivate audiences across the globe.”

“Now that the deal is closed, we are excited to set our focus on being the best company for consumer media, and the best partner to our advertising, content and publisher partners.”