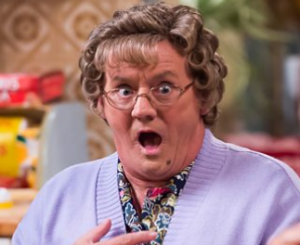 BBC Studios has gone in-house to appoint a head of development for its comedy unit.

James Farrell has landed the role at BBC Studios, which as a BBC-owned commercial production entity can now makes shows for the UK’s pubcaster and rival networks.

Farrell began his career at the BBC as a script editor before becoming a development producer. He has produced Mrs Brown’s Boys (pictured), Our Ex-Wife, Edith, Citizen Khan and Home From Home.

He has led production on high-rating sitcom Mrs Brown’s Boys since last year, including on a live episode that drew nine million viewers.

Taking up the role with immediate effect Farrell will report to BBC Studios’ head of comedy, Chris Sussman.

BBC Studios became a commercial subsidiary of the BBC in April, marking the first time in the organisation’s history it has become a profit-making base.

“James has a great editorial eye and an uncanny ability to attract the best talent in the business,” said Sussman.

“As BBC Studios begins its exciting future, he’s going to play a key role in growing our development slate and building relationships with new broadcasting partners.”