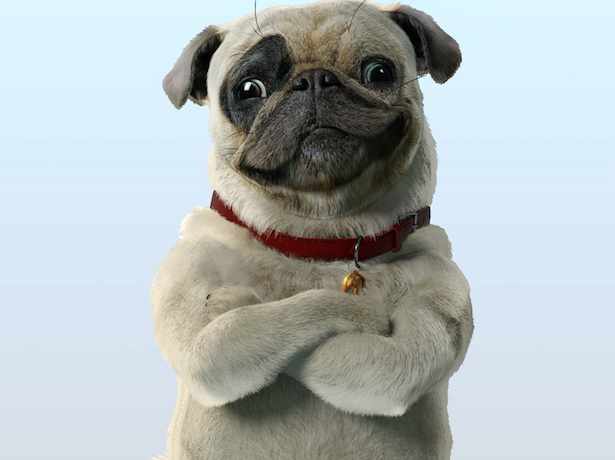 The hyper-realistic slapstick toon is currently in pre-production ahead of delivery in 2018 and broadcast debut in 2019.

The 78x7mins, non-dialogue comedy series follows a pug with refined tastes, whose attempts to seduce the neighbour’s dog are undone by a group of local trouble-makers.

France-based TeamTO (Angelo Rules, My Knight and Me) is coproducing with Canada’s Digital Dimension. UK-based Cake has international distribution rights.

The series comes from the creators of TeamTO’s Oscar’s Oasis, and is billed as being in the style of the classic Tom & Jerry toons.

“Few series can boast of revolutionising a genre,” said Pierre Siracusa, director of animation at France Télevisions. “That is exactly what TeamTO has done with Take it Easy Mike, achieving what until now has been unimaginable in a TV series: they have created a world of animated characters that look genuinely real.

He adde that the level of hyperrealism “radically changes our expectations of traditional animation, opening a whole new world of possibilities for developing characters, the richness of the expressions, and even the scope of physical gags”.

Super RTL programming director Carsten Göttel said: “As Loriot, one of the most famous German cartoonists and humourists, has already said, ‘A pugless life is possible, yet pointless’. We fully agree and are very excited to be part of this hilarious series from TeamTO.”