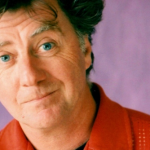 Paul Clarke’s Sydney-based Blink is behind series such as Spicks and Specks, Long Way to the Top and Bombora: The History of Australian Surfing, and recently optioned Magnify Media format Rescue Dog to Super Dog for Australia.

Clarke, meanwhile, has been the driving force behind SBS’s involvement with the Eurovision Song Contest, and is now seeking to establish an Asia Pacific version for the Australian pubcaster.

Roadshow Films and Blink have worked together at various times in the past to distribute Blink programming.

“This investment in Blink TV is consistent with our strategy of expanding our production interests beyond scripted drama, positioning the company to capitalise on the increasing importance that unscripted formats and entertainment series have with broadcasters, subscription platforms and on multi-channel networks,” said Roadshow Films co-CEO Chris Chard.

“Roadshow is an Australian entertainment success story, a company with enormous integrity, capable of working at the highest level in international film and television,” said Clarke.

“Our big vision is to bring the Eurovision brand to Asia, with the support of SBS and the EBU; and Roadshow has a strong track record of successfully releasing entertainment projects through Northern Asia.”