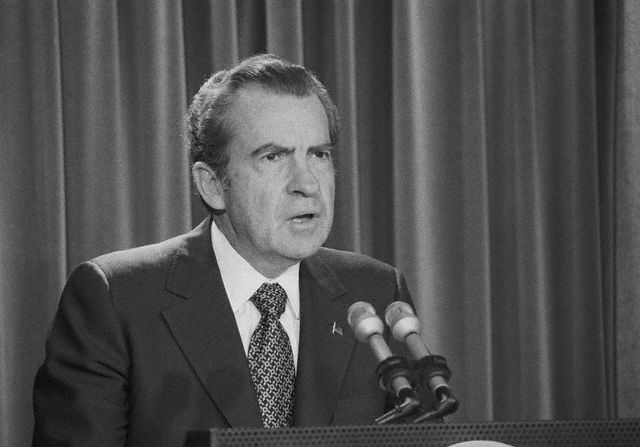 A+E Network’s History channel has made a concerted drive into scripted series recently. But this week’s decision to greenlight a documentary series about disgraced US President Richard Nixon and the famous Watergate scandal shows that high-end factual series are still very much on the channel’s radar.

Created by Academy Award-winner Charles Ferguson, the new series will explore “the full story of the conspiracy led by Nixon and his White House staff, and how they were brought to justice.” The series will combine archive and new interviews with figures that were closely connected to Watergate.

“The Watergate investigation transfixed America and the entire world for two years. 45 years later, this epic story continues to fascinate,” said Paul Buccieri, president, A+E Studios and A+E Networks Portfolio Group. “From the corrupt politicians to the tenacious special prosecutors, judges, and journalists, the scandal is replete with heroes and villains alike. We are thrilled to partner with Charles to bring a fresh perspective on this complex story whose repercussions are still felt today.”

Ferguson’s screen credits include the acclaimed financial crisis documentary film Inside Job. Commenting on the Watergate project, he said: “History has given me an extraordinary opportunity to explore, and tell, a hugely entertaining but also deeply important story that once transfixed America and the world for two years, but which most younger Americans have never seen before. Hugely compelling,

Watergate is a sobering, frightening demonstration of the fragility of democracy in the face of the abuse of power, and yet at the same time an inspiring demonstration of how courageous people, many of them young, used America’s institutions to prove that everyone, even the President of the USA, must obey the law.”