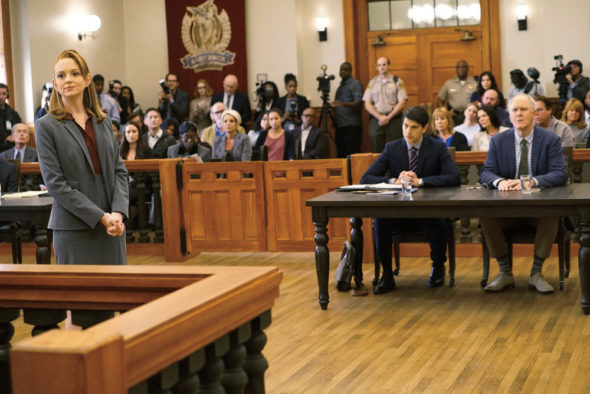 US network NBC has greenlit a second season of comedy series Trial & Error. This means that all of last season’s NBC comedies except one (Powerless) have been renewed for 2017-18.

The show, which averaged 3.86 million viewers in its first season, is a spoof crime series that is designed to parody shows like Netflix’s Making A Murderer. In season one, the story centred on NYC lawyer Josh Segal defending an eccentric poetry professor Larry Henderson (played by John Lithgow). However the show has been set up as an anthology, so season two will move onto a new case, with Lithgow leaving the cast.

The show’s ratings aren’t especially high, but they are similar in size to other NBC comedies such as Superstore. The show is also reported to have indexed well in affluent homes. NBC chairman Bob Greenblatt made it clear he was keen to bring the show back last week when he described Trial & Error as a “show we really like”. The final decision came after NBC and producer Warner Bros. TV agreed on a way to bring it back.