How Loaded went from Israel to Channel 4 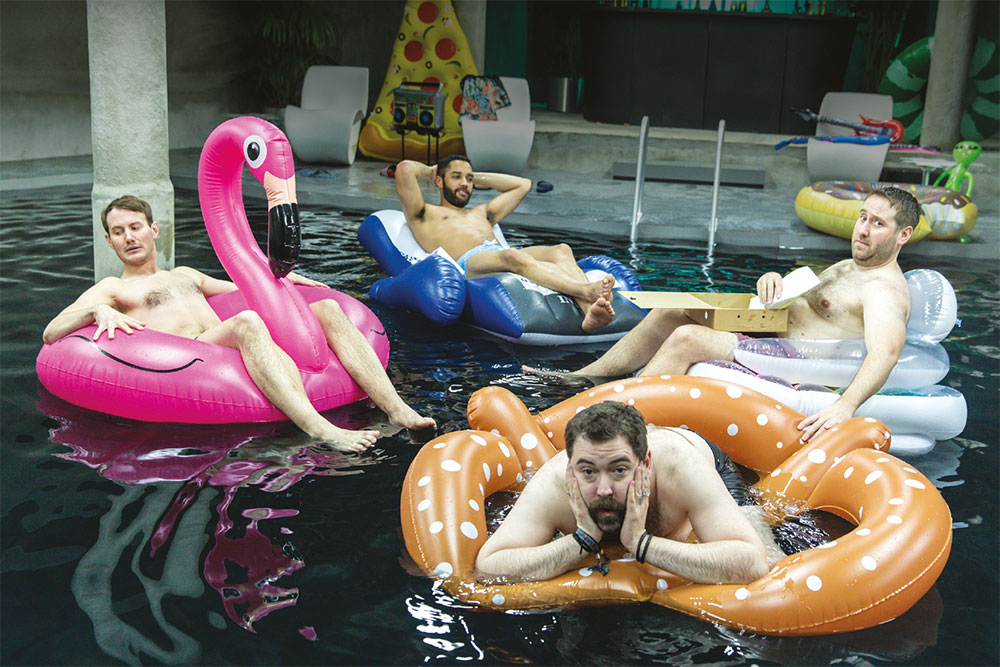 Hillbilly TV co-founders Kate Norrish and Polly Leys recall how their UK drama business begn, and what had to change in order to Channel 4 to commission new scripted series Loaded, a remake of an Israeli format about a group of friends who become millionaires overnight

It was while lying on the beach on holiday in Crete that we decided to change our lives and go it alone in the world of TV production.

We’d reached a point in our careers where we were both a bit fed up with the jobs we were in.

One of us (Kate) was head of development in factual entertainment and Polly had been working for a film company for a very long time which had successes like The Full Monty.

But we were both a bit frustrated with where we were.

So, we took the plunge and founded Hillbilly Films & Television in 2007.

Ten years on, we are going strong and still learning all the time.

Our company payroll now numbers five, and Hillbilly – named after The Kinks album Muswell Hillbillies – has succeeded in ways we would never have imagined. We’ve won awards, have a burgeoning development slate and an output deal with distributor DRG.

One of our most important achievements has been current Channel 4 series Loaded, produced in conjunction with Keshet UK and AMC in the US.

But it was with extraordinary naivety that we left our jobs and decided to set up on our own. We had no slate, no backing and it wasn’t at the point where drama was as fashionable or as much of a money spinner as it is now.

People said we were really brave. What we soon realised they meant by that was ‘You’re absolute idiots.’

We had never worked together before, having met and struck up a friendship through networking group Women In Film and Television.

While we’re currently enjoying some of the fruits of that early speculation, we certainly don’t sugar-coat the reality of the early days. We had to take on work as freelancers to keep an income coming in. And for Channel 4 we produced the series Coming Up, keeping the wolf from the door.

It was tough at first, but getting the Coming Up gig was a real breakthrough.

It proved to us and to the rest of the world that we were good producers and good at identifying new talent.

We produced eight individual films and found some incredible talent and we’re really proud of that.

We decided that the first steps in establishing Hillbilly Films & Television to industry commissioners didn’t lie in hitting them with ideas.

We spent a good six months introducing ourselves to all the broadcasters, to find out what they were looking for, what writers they liked and letting them know that we were serious about what we were doing.

We then found ourselves talking to what was then Talkback Thames who were doing New Talent deals for fledgling production companies.

We managed to get some office space, backup support and money to develop the slate. Considering how the economy had bottomed out, that kept us going.

This helped us establish our first two single dramas in 2010, Random (a Bafta winner for Channel 4) and Holy Flying Circus (BBC Four).

But even then, we didn’t think we’d cracked it.

We made one-offs but couldn’t break through into series.

We had a business mentor who gave us fantastic advice, which seemed brutal at the time: this is a business, give yourself a cut-off point by which you want to be making money, and if you’re not, then shut up shop and walk away.

We were both a bit taken aback by his bluntness. But it focussed us. And within three months we had our first green light for a series: The Level on ITV. It was a real game-changer for us in terms of being seen as more than a company that made high-end one-offs.

Our current series Loaded is a changed format based on Keshet’s Israeli series Mesudarim. It’s about four mates who sell an app ‘which mums play on the toilet’ and become overnight millionaires. It’s a comedy about friendship, success and the impact of lots of money.

When we watched the original version, we thought it had warmth and a good set up, but in our original pitch we were clear that we had to make it very UK specific.

In the same way that Homeland was a very different show to the original Prisoners of War, we knew we needed to make Loaded culturally specific.

The comedy needed to be more British for it to work. It had to feel clearly located – for one thing, Israel is much sunnier.

The British attitude to money and success is different, we have a class structure which plays into how we react to people coming into riches. We didn’t want people to hate the guys. We had to make them accessible.

We lucked out by getting Jon Brown (Peep Show, Babylon) on board as our show runner. He’s the genius behind it.

It’s a co-production with US broadcaster AMC which meant there were other, more delicate Trans-Atlantic cultural considerations, too.

To put it bluntly they didn’t want any swearing in it. Very un-British. So, the funniest and most bonkers part of the production process has been coming up with creatively non-sweary alternatives for American audiences.

You can use the words ‘bollocks’ and ‘wanker’ because they don’t consider them swearwords in the US, but you absolutely cannot say ‘fuck’.

If we think back to that day on the beach in Crete, knowing what we know now, what advice would we give our younger selves as we stood on the brink of such a massive change?