Eighties movie Dark Crystal is headed for a TV remake at Netflix. 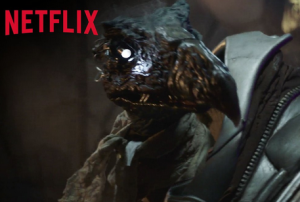 The Jim Henson Company-produced feature film is being rebooted as a ten-part prequel series that goes into production this autumn in the UK.

Dark Crystal: Age of Resistance will launch to Netflix’s subscribers in 190 territories, telling a story set many years before the movie.

The Anglo-American 1982 fantasy adventure film followed an elf-like character that attempts to restore balance to his alien world, Thra, by returning a lost shard of a powerful, but broken, gemstone.

The show will return to Thra and following three ‘Gelfling’ who discover the secret behind a dangerous power an set out to ignite the fires of rebellion and save their world.

Longtime Henson collaborator Rita Peruggi is producer, while Jeffrey Addiss, Will Matthews (Life in a Year) and Javier Grillo-Marxuach lead the writing and are co-executive producers.

“Louis Leterrier is passionate about the world of The Dark Crystal and has an incredible creative vision for the series,” said Lisa Henson, CEO of The Jim Henson Company. “He brings this passion to every facet of the production as he leads the talented team of artists and writers that are bringing this entire universe to life.

“Netflix has a deep respect for my father’s original work and the many people it inspired. They are the perfect partners to create this next epic chapter in The Dark Crystal story for new fans and the loyal fans who have waited so long for more adventures from this world.”

This week, Netflix has revealed it was adapting fantasy comic book and video game series The Witcher.