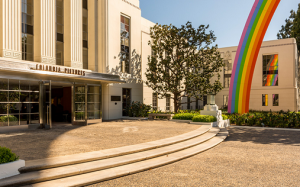 The veteran executive lead Rupert Murdoch’s TV networks empire in the US for a decade before exiting in January 2011, and at Sony will succeed Michael Lynton. He had flown out to Japan to meet the firm’s top-level brass a few days ago.

Starting June 1, he will step into the post, reporting to Sony Corp president Kazuo Hirai.

Unlike Lynton, who stepped down earlier this year after 13 years leading Sony’s entertainment unit, Vinciquerra will not lead the Sony Music business. He will instead oversee the TV and film businesses, plus worldwide media networks operations.

Lynton announced his exit in January, saying he planned to spend more time in his role as chairman of social media app business Snap.

Vinciquerra, meanwhile, has worked at Fox, Hearst and CBS Corp. He currently works as a senior advisor to Texas-based media investor TPG, and is also a board member of  US HIspanic broadcaster Univision and STX Entertainment.

“Tony is a proven, results-oriented leader with extensive experience running and driving growth in large, complex media and entertainment businesses,” said Hirai in a statement.

“His operating skills, effectiveness working with creative teams and expertise in managing digital disruption and new technologies make him the perfect choice to lead SPE, and build on the studio’s turnaround efforts to date.

“I want to thank Michael for his years of service and dedication to the success of our entertainment businesses, and for his commitment to our CEO search and this transition.”

Vinciquerra said: “I am thrilled to be joining SPE at such an exciting and dynamic time for the studio, and for the industry as a whole. Everything about how we produce, distribute and consume content is changing, and I see tremendous opportunities working with the enormously talented teams at SPE, Sony Corp and the other Sony companies. I want to thank Kaz for giving me this opportunity and I look forward to hitting the ground running.”