Discovery Communications is to debut a Hindi-language general entertainment network in India. 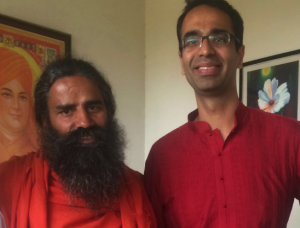 Discovery JEET will be “the flagship for the network’s ambitious investment into original local productions in India”.

It will debut late this year, offering programming on true crime, ‘small-town heroes’ and ‘gritty survival’.

More than 200 hours of original, local content will premiere on the channel, which will target young male audiences.

“We are excited to launch Discovery JEET, which will bring a new style of entertainment, with a truly local and bespoke focus,” said Karan Bajaj, senior VP and general manager for South Asia at Discovery Networks Asia Pacific.

“It borrows the best of Discovery’s ethos, seeded in factual and purpose-driven content, and leveraging global resources to mount it at a scale that delivers larger-than-life stories. JEET marks an important milestone in our continued commitment to entertain and inspire India’s young audiences.”

Discovery Networks Asia Pacific president and managing director Arthur Bastings added the expansion into general entertainment “redefines how Discovery will connect and interact with new audiences across the heartlands of India”.

In related Discovery news, Discovery Networks International has commissioned survival series Ed Stafford: Left For Dead and Men of Iron (WT), a series about a trio who have overcome physical challenges associated with losing limbs.

The Ed Stafford series comes from Betty, which Discovery recently sold to its part-owned subsidiary All3Media, and Base Camp Films.