Comedy at the crossroads

Comedy has not had the same uplift in budgets and ambition as straight-up scripted fare, but half hours that are as big on drama as laughs are in demand and, increasingly, on-demand. Just don’t call it ‘dramedy’. Stewart Clarke reports.

“Drama has reinvented itself,” adds Ash Atalla, founder and producer of The Office. “I don’t think comedy has yet had its reinvention.”

The Big Bang Theory, one of the biggest TV series in the world, and the likes of How I Met Your Mother are still doing the numbers on US network TV and international screens, but the production and distribution of these multi-cam broadcast shows is mostly limited to the Hollywood studios.

What has emerged as an interesting space is half-hour comedy dramas for streaming services and cable nets, and these are in demand. 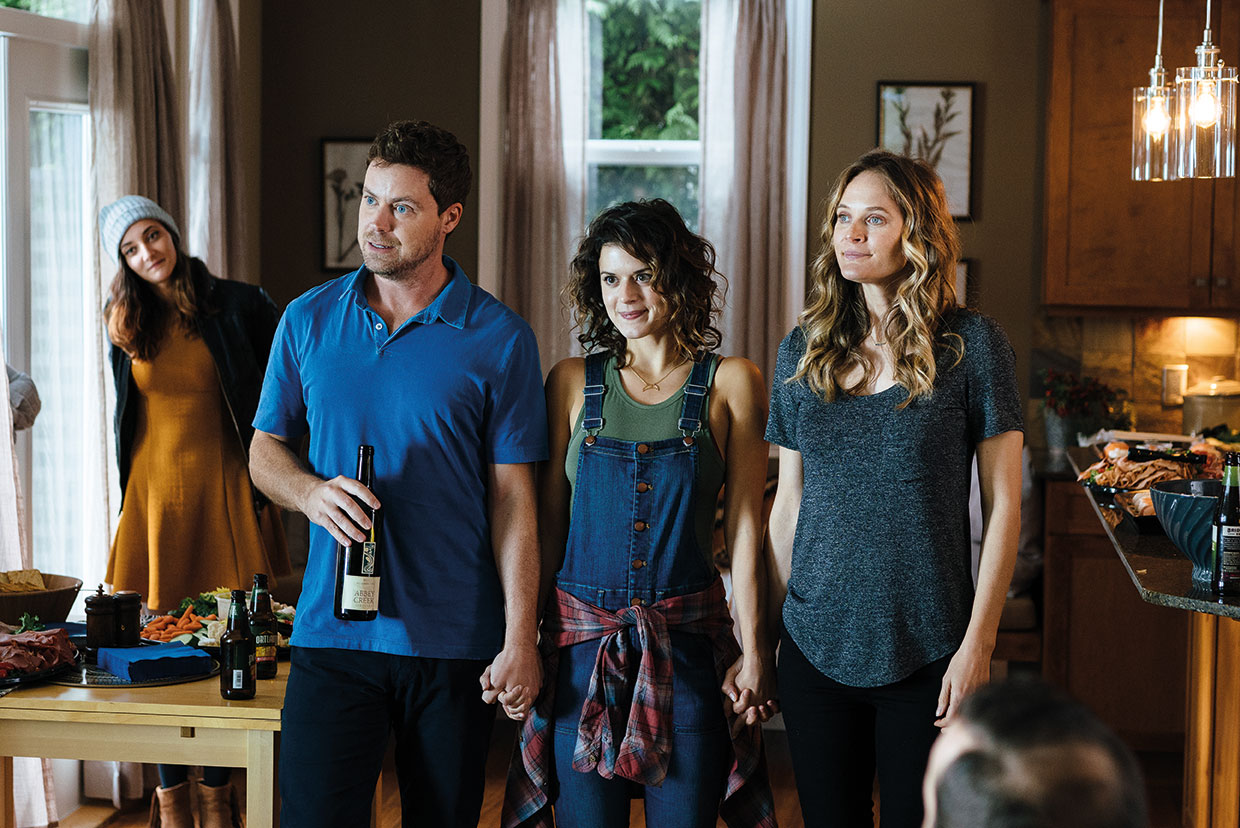 You Me Her (above) for DirecTV’s Audience Network was an indie-flavoured comedy from Greg Poehler about a three-way relationship and came out of the eOne stable last year. The company is making a concerted move more deeply into half-hours.

The trick, says John Morayniss, CEO of eOne Television, is to either go big or small, just don’t get stuck in the middle. “We have in development a range of comedy with production values that range from US$500,000 to US$2.5 million per half hour,” he says. “On the expensive side, they feel very premium pay, with high-level talent and subject matter. They’re funny, but fit into that world where that funniness comes from character and relationships and stories, not set-up, joke.”

The drama and comedy markets are evolving in the same way, the eOne chief adds. “You’re either going to go niche and it may not get the biggest audience, but if you execute well you’re going to have a loyal, rabid following,” he says. “Or, you’re going to go big and pitch it really well, and take a leap. Shows in the middle – that are good but not great, or too expensive for niche – that’s a dangerous place to be.”

These new half-hour projects are single cam and, tonally, feel as much drama as comedy. Distributors add that over the longer term comedy is binge friendly and can attract the demos channels are struggling to reach.

“Comedy is a way for our broadcasters to attract younger audiences away from other platforms, and it returns well and often repeats well,” says Louise Pedersen, CEO of Fleabag distributor All3Media International.

“We’re putting quite a bit into comedy, but are very clear about what we want, and that’s authored comedy. We were really pleased with [dark BBC Three comedy] Fleabag and Gameface from Roisin Conaty [for E4]. What we’re not so keen on is traditional sitcom. In a sense, we’re talking about comedy moving more towards drama. Something like Fleabag treads a line between two.”

All3 is about to get behind Bucket (pictured, top), which fits the authored-comedy bill. The BBC Four four-parter is written by and starring Frog Stone as a reserved history teacher going on a road trip with her mother.

BBC Worldwide drama chief Liam Keelan says the SVOD platforms have opened up the comedy market. “It is not as big as drama as a genre, but there is a shift, and shows like Transparent on Amazon have had an effect,” he says. “Then there are platforms like Seeso from NBC. There’s definitely an international market for comedy.”

It reunites several of the stars and team from The Inbetweeners, but what is different with the new show, which is set in the world of double-glazing sales in the 1980s, is that audiences want more than a string of gags.

“Comedy shows are watched very differently now,” Beesley says. “You can explore longer dramatic arcs, while when we made The Inbetweeners they had to be self-contained because that’s how everyone was watching television.”

There has been a positive knock-on effect from the booming drama market, the writer and indie boss adds.

“People have an expectation and sophistication now in terms of what they want the shows to look like and the story,” he says. “We have gone into an era when people have a desire for longer-form storytelling, and that is coming into comedy with shows like Silicon Valley, which has a history and an arc to the characters.

“The bump we’re experiencing from drama has allowed us to do that, and the new players have definitely helped. Sharon Horgan wanted to do a show about a developing relationship back in the 1990s and early 2000s, but drama in comedy was much harder to pitch then.” 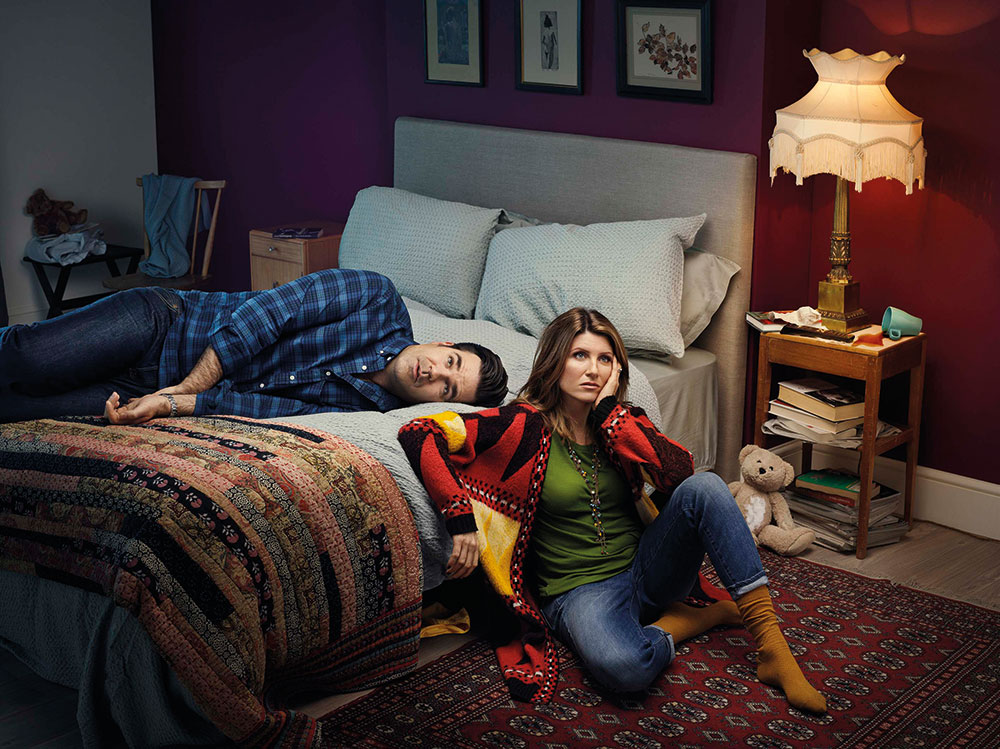 Horgan and Rob Delaney finally did get a relationship show away, and Catastrophe (above) is one of the archetypes of the new authored comedy drama. It has taken Horgan to the US and HBO, where she has made another show in that bracket, Divorce.

The Avalon-distributed Catastrophe has sold well, and Amazon is a partner on the show and has it in the US.

If Netflix, Amazon, YouTube, Vimeo, Seeso and their digital counterparts are the new homes for international comedy, what is the role of the big free TV nets?

David Abraham, boss of UK broadcaster Channel 4, lumped comedy in with other worthy-but-hard-to-pay-for genres in his recent keynote interview at the INTV conference.

“Channel 4 has to make a profit to pay for the investigative journalism or comedy, which in the UK is a genre no commercial station can sustain, but is important to our culture,” he said.

Despite running programming at a broadcast net, she accepts digital is the place for many comedy projects, noting that shows out of its studio like Unbreakable Kimmy Schmidt (below) can go to Netflix “where they might thrive more and not be a victim of the network-comedy graveyard”. 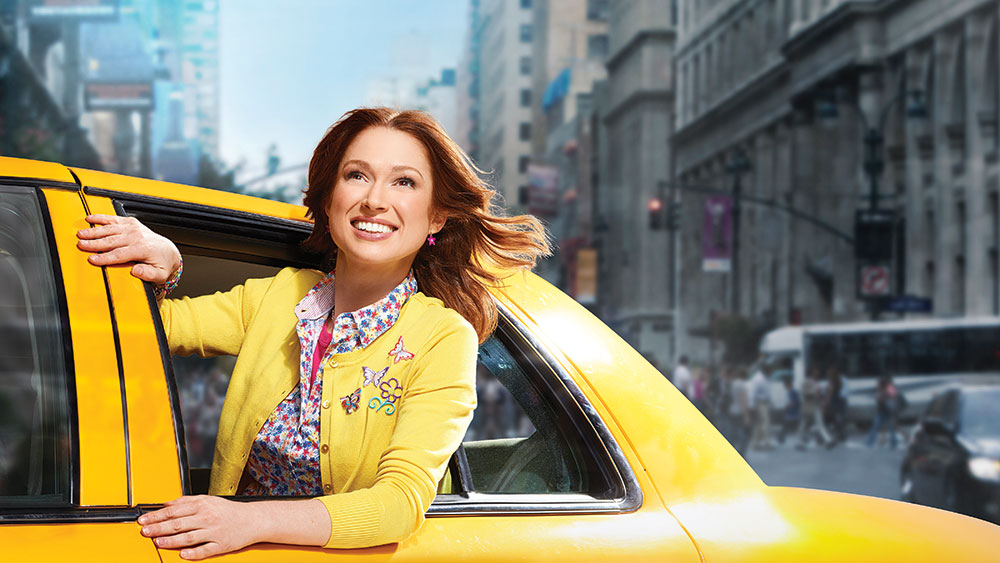 The way people watch comedy is part of the issue for mainstream nets, she added, with catch-up and binge viewing not always an easy sell to advertisers.

“We look at success not based on the ratings at all,” Salke said. “If we did that you wouldn’t find a way to use your money to support the comedy business. But if you look at the tail-end, viewing for these shows over three and seven days, and binge watching, it changes the perception of how they are doing.”

The term dramedy is widely disliked by industry execs, with many considering that it captures the worst of both worlds. The reality, however, for international producers and distributors is that comedy-drama, or drama-comedy, is a growing area, and while comedy rarely has producers and distributors laughing all the way to the bank, there is buyer demand. ‘Comerama,’ anyone?