Modern Times Group has invested €82.6 million (US$90.2 million) to increase its shareholding in mobile and browser-based games company, InnoGames, from 21% to 51%. 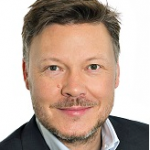 The agreement comes after MTG said in January that it would use the proceeds of the sale of its stake in Czech free-to-air broadcaster Prima to top-up its investment in InnoGames.

MTG closed the sale of its 50% shareholding in FTV Prima Holding to Denemo Media for a total cash consideration of €116 million last week.

The company has been disposing of broadcast assets as it refocuses as a digital-first entertainment group.

“Revenues in the global gaming industry are expected to reach US$113 billion by 2018, and mobile and PC games represent 45% of this and are the fastest growing segment,” said MTG president and CEO, Jørgen Madsen Lindemann.

“InnoGames is a great business with great products, and is already performing above our expectations when we made our original investment. We have got to know the talented InnoGames team very well over the past six months and are impressed with the strategy, culture, performance and management of the business.”

InnoGames is the creator of six successful online games – including Forge of Empires, Tribal Wars and Elvenar – and has several new mobile-only titles currently in development.

MTG announced its initial 21% investment in Hamburg-based InnoGames in October 2016.