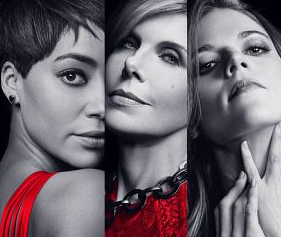 CBS has shopped The Good Fight to HBO in Europe and Zee in India.

The Good Wife spin-off is on CBS All Access streaming service in the US and has just been renewed for a second season.

The ten-episode first season will launch on HBO’s Nordic service at the start of June. HBO Nordic has taken exclusive rights across its footprint.

In India, Zee has snagged the series for Zee Café. It is the second major programming deal the channel has agreed this week after it secured a raft of UK dramas via a BBC First deal with BBC Worldwide.

Aparna Bhosle, business head of ZEE’s premium and FTA cluster, said: “We have had a very successful partnership with CBS Studios International with the popular drama, The Good Wife, and the critically acclaimed spin-off, The Good Fight, has all the ingredients of being an equally power packed series.”