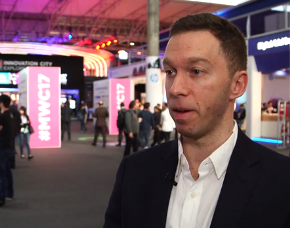 Viacom has created a new division that will create multiplatform products that focus on video content and expand the reach of the existing Play Plex apps.

Viacom Global Production Development Group is the latest sign of change at the US media giant since former international chief Bob Bakish became president and CEO.

Reich will work closely with those brands, Viacom’s tech, ad sales and content distribution divisions to develop products that “both enhance how audiences engage with Viacom’s content and support the pay TV ecosystem”.

This ties in with Bakish’s wider strategy of strategically focusing efforts only on Viacom’s major channel brands, in order to get closer to audiences.

An initial priority is to bring Play Plex, which is a suit of authenticated, branded mobile content services, into the US.

“The formation of the Global Product Development Group signals a significant evolution in the way Viacom develops multiplatform products, and no one is better suited to spearhead this critical endeavour than Dan,” said Jordan.

“In line with our new corporate strategy, adopting a single global approach will help us to amplify the digital presence of our brands and create more robust, innovative and scalable digital touchpoints for our audiences.”

Reich has been with Viacom since 2006, initially as a manager of strategy and operations within the MTV Networks Digital Music Group. Most recently, he was SVP, multiplatform product strategy and development for VIMN, which David Lynn now oversees.

In related news, VIMN has partnered with Telkomsel to launch the Nickelodeon Play and Nick Jr. Play apps in Indonesia.

Nickelodeon Play will debut in the third quarter of 2017, with younger-skewed Nick Jr. Play following in the proceeding months.

Telkomsel subs will be offered a dedicated data plan for the apps, which will be available in English with Bahasa Indonesia localisation.