In the Spirit of French animation 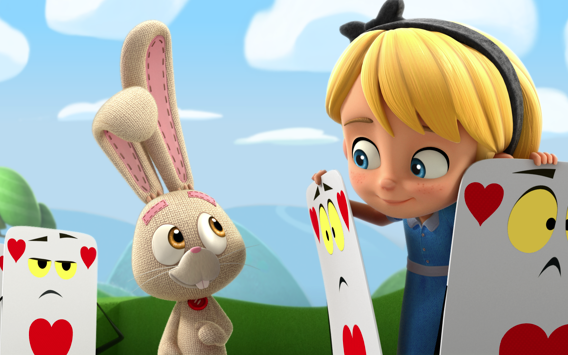 A few years back, Eric Jacquot and Armelle Glorennec’s French animation company Blue Spirit emerged from the French market, with an initial plan to produce one series per year. Titles like Grabouillon for France 5, Ovni (Canal+) and The Mysterious Cities of Gold (TF1) were subsequently followed. However, the company, which is now majority-owned by TF1 Group’s Newen, is eying more.

On the heels of the international success of stop-motion movie Ma Vie de Courgette, Blue Spirit is embracing a new period of its life cycle.

The company is involved in production and animation services for studios such as Folivari, TF1 Production and Cyber Group Studios, and has the ambition to step out from France and grow on the international market.

The recent hire of Ambroise Delorme, former CFO at ON Entertainment and an ex-Zodiak exec, as general secretary was a first sign. He is charged with organising the international push, with Blue Spirit looking for international partners on new series.

“We’re accelerating the rhythm,” Ambroise Delorme says. “There is a real will from TF1 and Newen to back the company in its international growth.

“We are therefore meeting new international broadcasters and producers, in North America for instance.

“TV is driving our revenues, but service work from our studios in Angoulême and Canada still represent 60% of our activities. We have roots and are financially solid, and it is important to make that known abroad now”.

On the production side, Blue Spirit is currently working on Arthur et les Enfants de la Table Ronde (52 x 11′), inspired by the Arthurian legend and co-financed by Canal+ in France and SWR and Telepool in Germany. The 6-8-targeted UHD-HDR comedy has already been pre-acquired by Radio-Canada, RTS, SVT and VRT.

“International copros allow us to initiate more ambitious projects, and diversify genres and designs, as we can experiment with many techniques,” producer Eleanor Coleman says.

Currently in development is 52x11mins 3D preschool series Alice & Lewis (pictured) and The Four from Baker Street, a 6-10 adaptation of a book from Glénat. The 6x52mins mini-series will be coproduced with Folivari.

Elsewhere, The Borrowers is an adaptation from Mary Norton books, and the firm is working on two feature films.

The French tax rebate law will also help Blue Spirit’s international ambitions, as the company hopes to raise its yearly production volume. “The next 18 months will vindicate our new organisation and objectives,” says Delorme, adding the group is showing greater ambition in animation. Company acquisitions may have a role in the strategy too, he adds.