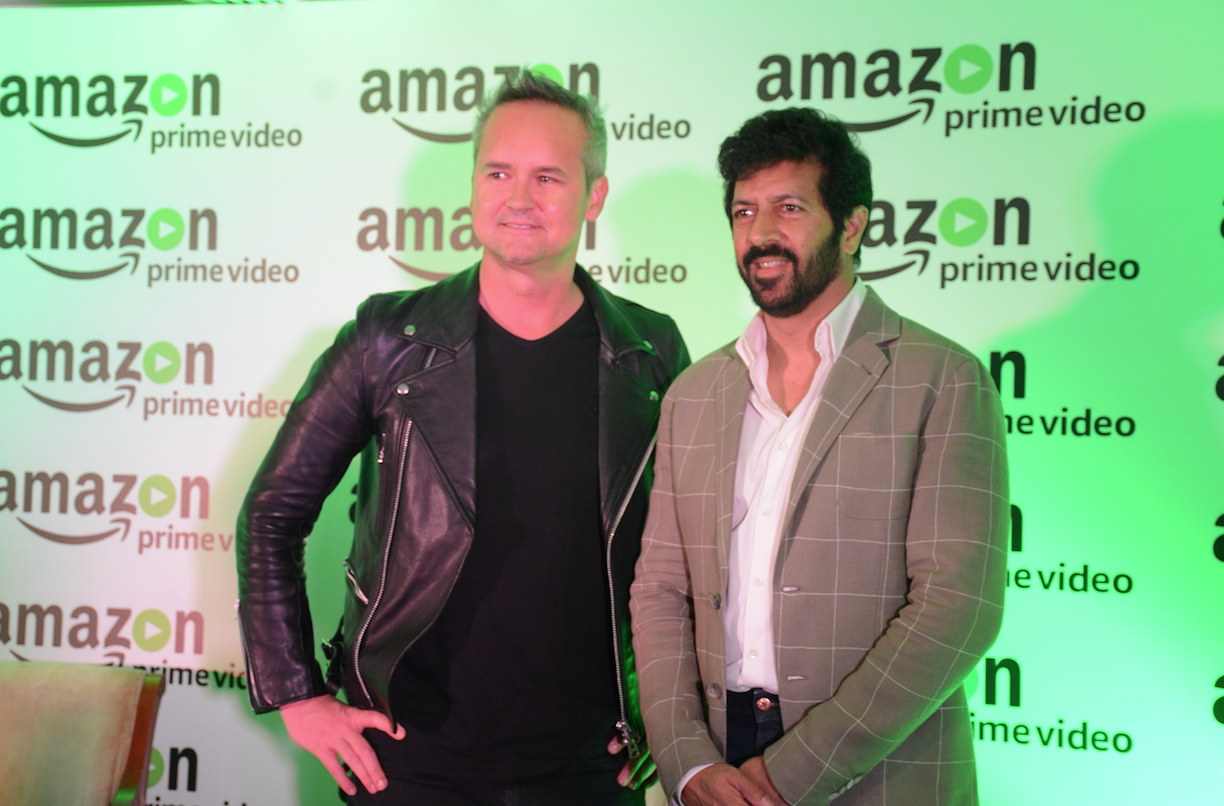 Amazon Studios content chief Roy Price flew into India to announce the show with Khan, who is behind blockbuster Bollywood films such as Ek Tha Tiger and Kabul Express.

The Forgotten Army marks the first time Khan has worked on an OTT original series, with production set to begin by the end of the year.

Billed as “an Indian Band of Brothers of sorts” – a reference to the influential HBO miniseries of the early 2000s – the series is based on charismatic military leader Netaji Subhas Chandra Bose’s Indian National Army (INA).

It follow several stories that are based on true events, including the contribution of women to the INA, an army that fought for Indian independence.

Amazon has been investing heavily in Indian programming since launching in the territory at the turn of the year, going head-to-head with Netflix and local players such as Hooq.

Along with various acquisitions deals, Amazon has ordered an Indian original series from Sony-owned Left Bank Pictures based on Michael Faber novel The Book of Strange New Things.

Actor Anil Kapoor (Slumdog Millionaire), director Kevin MacDonald (The Last King of Scotland) and writer Matt Charman (Bridge of Spies) are all attached to the project.

Netflix, meanwhile, is making an Indian drama based on Vikram Chandra’s crime novels.

“These are super exciting times for any content creator in India and I am elated to make my debut in the digital space with Amazon Prime Video’s India original,” said Forgotten Army director and producer Khan.

“Amazon Prime Video provides greater access to reach new and vast Indian audiences. They are also bringing in global talent and knowledge to collaborate with Indian scriptwriters and content creators to further hone their skills and know-how. I am excited to make this truly international series which has a scale and reach far greater than any Hindi film.”

“We had made a commitment to our Indian customers to deliver high-quality, binge-worthy shows that they’ll love to watch, and our association with Kabir Khan greatly reinforces our commitment towards this promise,” said Price, Amazon Prime Video’s head of global content who last week appeared on stage in Cannes at MIPTV.

“Our aim is to build a compelling line up of Indian shows, working with the greatest talents from the industry. Our association with Kabir Khan is one of the many such partnerships that India will see.”