John Cleese to star in BBC One comedy 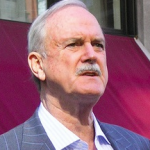 Sitcom legend John Cleese is to star in a six-part comedy for UK pubcaster the BBC.

The Monty Python and Fawlty Towers actor (pictured) will appear alongside Alison Steadman and Jason Watkins in Edith, which will play on BBC One.

The plot follows a long-widowed woman (Steadman), who is being courted by a neighbour (Cleese). Just as their relationship looks set to begin, her 50-year-old son (Watkins) arrives at the front door after leaving his wife, kids and secure job, scuppering their chances.

This marks the first time Cleese has starred in a sitcom since BBC Two’s Fawlty Towers, which is widely considered one of the greatest British comedies of all time. That broadcast between 1975 and 1979.

“These are the most enjoyable scripts I’ve been sent in the last 100 years,” said Cleese. “It will also be particularly nice to work with Alison again since we joined forces in [1986 comedy feature film] Clockwise all that time ago.”

“If you had carte blanche on your fantasy BBC One comedy cast then you’d not be far off the Edith line-up,” said Allen. “It’s also a huge pleasure to welcome John Cleese back to the land of BBC sitcom – his last one did alright. This is the cream of British talent giving the BBC One audience the very best comedy on television.”

Beginning with his fight against fellow Brit Dillian Whyte nearly two years ago, it will offer “unprecedented access” to the prize fighter as he prepares for an April 29 clash with former world champion Wladimir Klitschko.