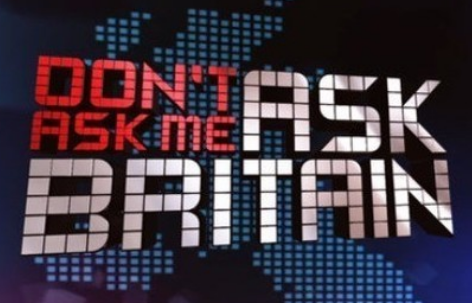 UK broadcaster ITV has commissioned a local version of a game show from Chalkboard TV that’s already out in Italy and the Middle East.

Don’t Ask Me Ask Britain is the latest remake of Sky Vision-sold format Don’t Ask Me. Alexander Armstrong (Pointless) has been tapped as host and it will broadcast live from next week.

Sky Vision first took Don’t Ask Me to market with success two years ago, but is giving the format a major new push after ITV commissioned its version.

The formats sees two regular team captains ­­– Jonathan Ross and Frank Skinner in the UK ­– joined each week by celebrity friends, who attempt to second-guess what the nation thinks about particular subjects and questions, which vary from banal to risqué to serious.

Viewers play along at home using an app, with the teams trying to second guess their responses.

“It’s an incredibly flexible show, and is right up to date because it’s live,” Sky Vision’s director of entertainment and factual, Barnaby Shingleton, told TBI.

The answers come from the public, who vote on questions through an app, which encourages users to watch live. “There has been a swing back to entertainment, which is a great genre because it’s very immediate,” said Shingleton.

In the Middle East, where commercial broadcaster MBC ran a version, around 700,000 downloaded the app, while engagement was also high in Italy, where pubcaster Rai commissioned a run.

The show comes from UK-based indie Chalkboard TV, which has financial backing from France’s Elephant, Spain’s Zebra Producciones and the Middle East’s Imagic.

Sky Vision has had an agreement in place with the prodco since 2014, and last week hosted a run-through of the ITV show at the Gray d’Albion in Cannes during MIPTV.

A non-broadcast run-through is taking place in the UK today, with the series debuting next week (April 18).