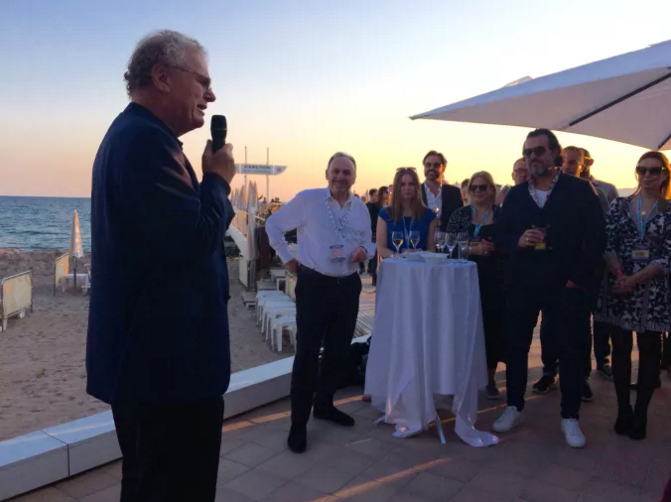 The company will look to produce scripted programming for OTT platforms and telcos aiming to commission shows for their services.

Atrium is positioning itself as a ‘commissioning club’, and comes from former Sony chairman Sony and ex-CBS president Stringer, DRG CEO Jeremy Fox and Jakob Mejlhede, executive VP and head of programming and content development at DRG parent MTG.

Atrium will be based in London and LA, and will find projects for ‘club members’, who will then decide whether to invest.

If they do, they will gain licensing rights for their territory. DRG will handle sales in the rest of the world.

Atrium’s partners claim “numerous” companies have expressed interest in joining the club, with MTG-owned SVOD service Viaplay for the Nordics.

A “number of high-end drama series” will be commissioned over the next five years, with three currently in development.

Quinn Taylor has been hired as creative consultant, based out of LA. He has 25 years experience in international drama, including senior roles with ABC and NBC.

Among these is The Eagle Has Landed, a new series, which is planned to air in 2019 and has Stephen Kronish (24, The Kennedys) attached to write.

Fandorin is based on novels from Boris Akunin and is being developed with BBC Studios. It is based on a fictional 19th century detective often billed as the “Russian Sherlock Holmes”. Simon Ashford (The Muskateers) is writing.

Saigon, meanwhile, is from Anthony Grey, and tells the story of Vietnam over 50 years between the French colonial era in 1925 to the last helicopter from leaving the roof of the Americvan embassy in 1975.

Stringer and DRG were in Cannes yesterday at MIPTV launching the company, and will be taking meetings with operators this week.

“The demand for high quality drama is increasing throughout the world as new platforms come on line and as new audiences consume their programming in an alternative way to linear TV,” said Stringer. “Atrium helps these new platforms compete with broadcasters and global SVOD players by offering a creative solution for them to offer big budget drama to their subscribers.”

Atrium will only offer its services to one company per territory.

“We have watched the rapid expansion of global streaming services,” said DRG’s Fox, who will be CEO of Atrium. “A great way for local players to compete in their own markets is to share the cost of developing and producing high profile series. That’s the key aim of Atrium.

“We may think of ourselves as a club – but we are keeping the rules to a minimum. We are all about finding great stories with universal themes and concepts that work specifically in the OTT space. We are encouraging approaches from producers and are especially keen to hear new ideas based on historical novels or major world events.”