Data from Parrot Analytics shows original programming from CBS, Fox and ABC was higher than that of HBO, AMC and Netflix in Europe in 2016. 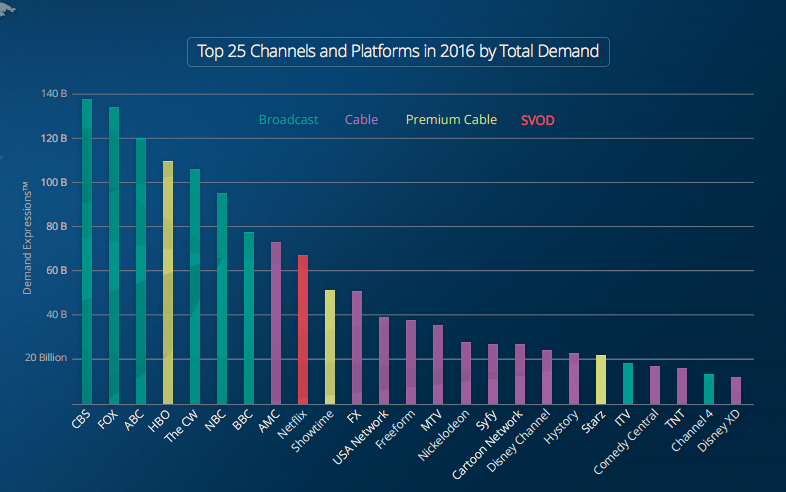 Parrot provided TBI with the exclusive data as MIPTV gets underway today in Cannes, France.

The other US broadcasters, The CW and NBC, ranked fifth and sixth respectively, with HBO parked between the networks in fourth,

Netflix, surprising, dwindled behind the BBC and AMC in ninth, with around 70 billion demands, while Amazon did not register in the top 25 channels and platforms in 2016.

On the production front, Warner Bros. Television produced more in-demand programming than any of its rivals – perhaps not surprising considering it produces several CBS series. 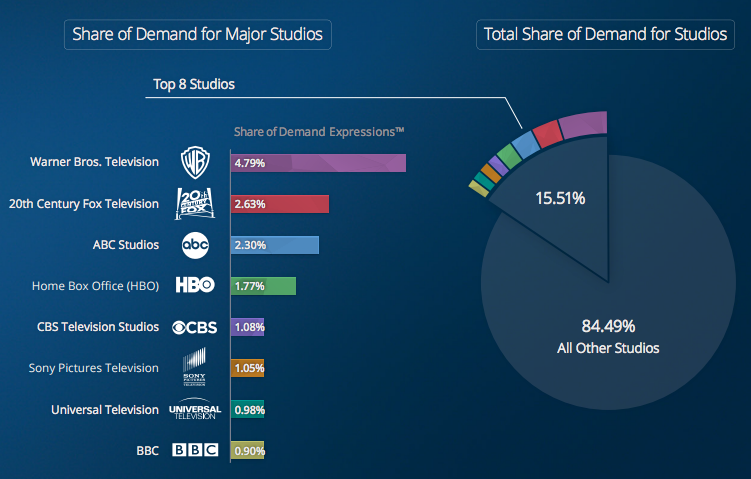 Hegedus noted demand for BBC programming as higher in Europe than elsewhere, but was still behind its American rivals.

A second-part of this report will be released tomorrow. See below for Parrot Analytics demand expressions methodology 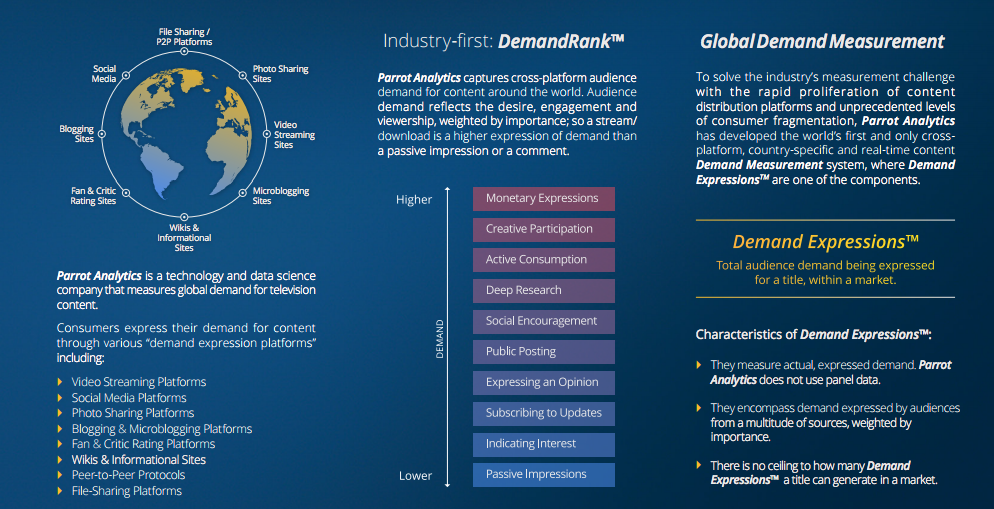