Upside down to Cannes with Special Ops doc 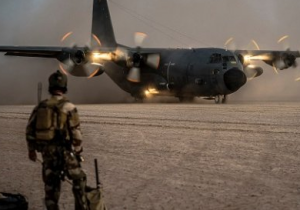 France’s Upside Distribution has signed a number of new unscripted shows ahead of MIPTV.

Another deal bangumi hands Memento 1x52mins France 5 doc 5-Star Moments, which looks a key historical incidents, and I, Candidate, a 1x90mins Canal+ doc about major French election campaigns. Another political doc is Who is Emannuel Macron?, a 2PLP, HDPM and Media Res coproduction about the potential French leader.

From La Famiglia are three history docs for RMC Découverte: Nazis / Resistance: The Underground War, Forbidden Paris: Megastructures of the Shadow and The Great Escape.

Upside is also in Cannes selling Broadview TV’s 52-minute doc for Arte, Angela Merkel the Unexpected, which has already sold to NHK in Japan and Planete+ in Poland among others.

There will also be docs from Little Big Story, LBS and an in-house production for Planete+, Archeologeek.

Furthermore, Upside has launched a feature-length docs unit, Upside Films, which is producing Capital in the 21st Century and Belmondo: Le Magnifique.