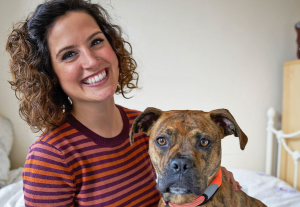 The series was announced at the Animal Planet upfront in New York yesterday, where new series such as Animal House (WT), Cat Meets Dog (WT) and My Fat Pet were also revealed.

Rescue Dog to Super Dog (WT) was originally commissioned for Channel 4 in the UK (pictured), and follows shelter dogs who become companions to people in need. Dog trainers Nate Schoemer and Laura London work with the canines to teach them helpful new skills in the US version.

Plimsoll, which former Zodiak USA chief Grant Mansfield runs from Bristol in the UK, will produce.

Plimsoll’s head of factual entertainment, Karen Plumb, said of the format: “This format is a little like a Disney movie: two isolated souls who come together and work to create a transformational experience for both.”

It is understood option agreements for the format have also been agreed with companies in Europe.

The company last year bought into UK-based distributor Magnify Media, has opened an LA office, and is now looking at significant growth in the US.

“Rescue Dogs going into the US is a big breakthrough,” Plimsoll’s executive VP of international production, Andrew Jackson told TBI. “Now we need to focus internationally and formats is where the growth is going to come.

“We’re now the largest regional UK factual indie in terms of growth,” he added. “We feel we are right on the cusp of expanding internationally.”