Iger to remain CEO as Disney search goes on 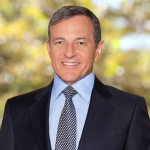 Bob Iger has signed a year-extension to remain chairman and CEO of The Walt Disney Company for another year.

The deal means Iger will stay in his post until July 2, 2019, and further postpones Disney making a call on his long-term successor.

ABC owner Disney has been searching for Iger’s replacement for a significant period now, with the exec’s most recent plan to step down and retire in 2018. He had previously postponed a 2016 retirement date.

In February, Iger intimated he was open to extending his deal if no successor if it was “in the best interest of the company”.

Iger replaced Michael Eisner as CEO in 2005, and has overseen a successful period for the Mouse House, helming the acquisitions of Pixar, Marvel Entertainment and Lucasfilm.

“Given Bob Iger’s outstanding leadership, his record of success in a changing media landscape, and his clear strategic vision for Disney’s future, it is obvious that the company and its shareholders will be best served by his continued leadership as the board conducts the robust process of identifying a successor and ensuring a smooth transition,” said Orin C. Smith, independent lead director of the Disney board.

Smith added Iger had created “enormous value for shareholders” of 448% (compared to 144% for the S&P 500) and a “dramatic increase in the Company’s market capitalisation to US$177 billion from US$46 billion” during his eleven years in charge.

Iger said he was convinced “Disney’s best days are still ahead”.

“I look forward to continuing to build on our proven strategy for growth while working with the board to identify a successor as CEO and ensure a successful transition,” he added.

While having Iger on-board until 2019 gives Disney more time to find a new chief, shareholders have voiced concern over a perceived lack of progress on the management front.

Former Disney chief Eisner tweeted his support for Iger’s new contract, saying it was “great for shareholders” and meant they were “protected”.

Eisner, through his investment vehicle, Tornante (BoJack Horseman), is currently in exclusive talks to take over English football club Portsmouth.

The team currently plays in the EFL League Two, the lowest tier of English professional football.

The Chairman and CEO of Disney, @RobertIger, is staying another year @Disney. Great for shareholders. We are protected.!