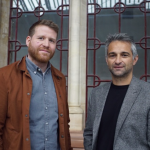 Nath (pictured above, right) made the award winning drama-influenced doc series The Murder Detectives (below) and moved into drama with The Watchman, both for Channel 4.

Beard (above, left) has also made docs and drama, and is best-known for My Son the Jihadi.

The pair first worked together four years ago on Channel 4’s mental health series Bedlam, and are currently in production with a new drama “infused with a documentary sensibility” and a blue-chip factual series for the broadcaster. 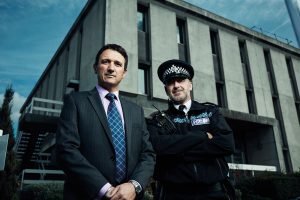 They are also in development with a number of projects for US networks, All3Media said this morning.

All3Media would not quantify the size of the stake it has taken in Story, but the Discovery Communications and Liberty Global-backed producer and distributor is an active investor in prodcos, with All3Media International the distribution partner for the new companies brought into the fold.

Its recent deals include buying Fleabag prodco Two Brothers, which this week won a commission from ITV for The Widow, a new eight-part thriller. All3 also bought into drama start-up Two Halves Pictures this year.

“To work with Dave and Pete as they build Story FIlms is incredibly exciting,” said Jane Turton, All3Media’s CEO. “They are programme makers with an amazing record of producing popular and critically acclaimed shows. We are all really looking forward to working with them as they develop new ideas – be they documentaries or dramas.”

The Story Films pair added in a statement: “All3 has such a breadth across all genres so it’s a huge attraction to be able to draw on that experience and creative resource, especially in drama. It also has a terrific global reach which is going to be key in helping us realising the ambitions we have for Story Films outside of the UK.”