Vimeo has made a trio of hires as it pushes into original programming, coproductions and premium drama acquisitions, bringing on execs from Paramount, Hulu and Bunim Murray, TBI understands. 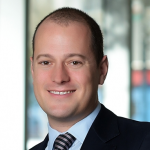 The video service has already said it is keen to “follow in the footsteps” of Netflix, and wants a Vimeo SVOD service stocked with premium programming and originals.

She joins from Viacom-owned film studio Paramount Pictures where she was been VP, production. Before that she was at Fox.

Kesila Childers comes to Vimeo from Banjiay-backed prodco Bunim Murray Productions where she was VP, digital media. At Vimeo, she will be director of content development, working into  Mayo.

The third new recruit, Kelly Miller, is on the buying side. She joins Vimeo from Hulu and will be director, content acquisitions, reporting to Derek Dressler, VP, acquisitions. She is understood to be lining up deals for several premium dramas.

Vimeo declined to comment, but the hires are a statement of intent and signal a concerted move further into original scripted and high-level acquisitions.

Vimeo has been making programming moves in recent months, agreeing transactional VOD deals with the BBC’s commercial arm, BBC Worldwide, and others in November for drama and comedy programming.

Those deals followed the announcement that it was launching a subscription-based service in an effort to “take a share of the US$500 billion TV and film market”.

“Vimeo has the once-in-a-generation opportunity to, following in Netflix’s footsteps, deliver compelling subscription viewing experiences for consumers in the market for pay TV,” CEO Levin said at that point.

All of the new recruits will be based in Vimeo’s LA offices.