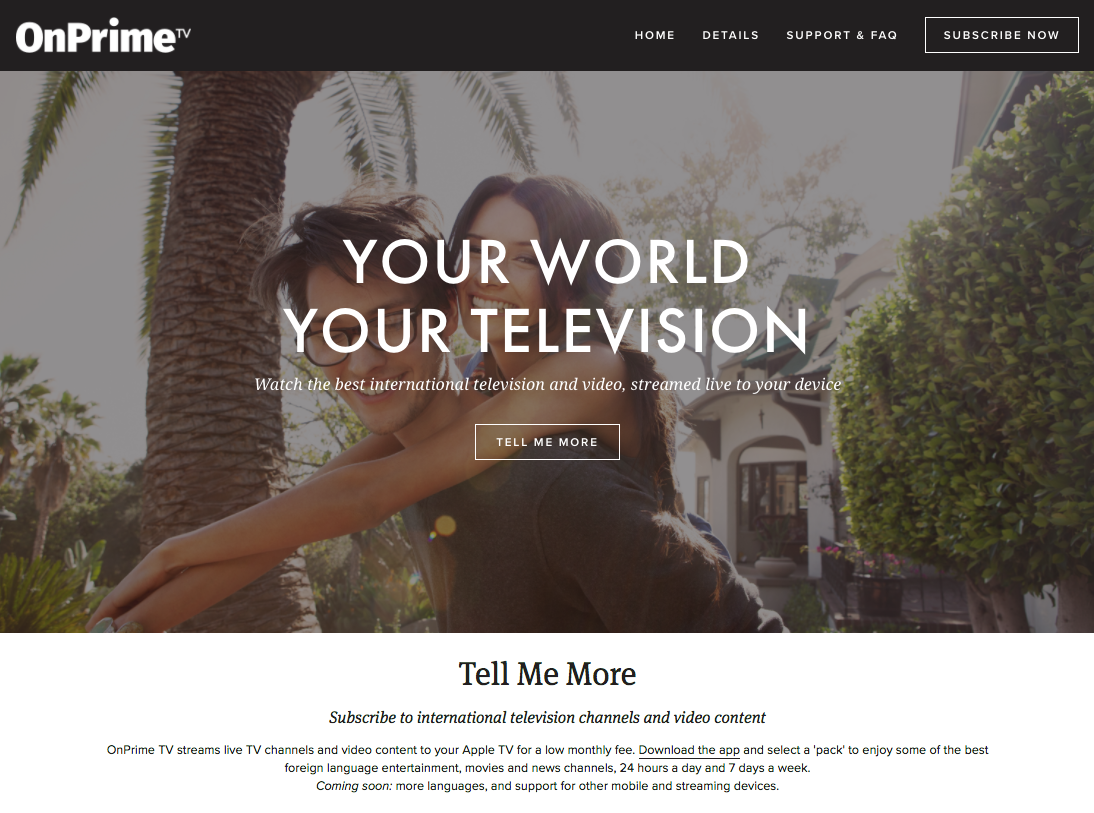 The app-based streaming service is currently available on the Apple TV platform. It can be downloaded via the app store on Apple TV4, or by searching for OnPrime TV on Apple TV3. All channel packs offer a 30-day free trial, and range in price from £8.99 to £17.99 a month.

Cisco, another part owner, said it plans to expand the service to more devices and additional European countries during 2017.

The latest broadcaster to sign up for the Russian pack is Viasat World, the formerly Modern Times Group-owned outfit whose TV1000 Russian Kino will bring a selection of Russian movies including Soulless 2 Friday and Wolves and Sheep to a new audience.

Emma Jones, Viasat World vice president, commercial affairs, said: “We are delighted to be part of the OnPrime TV offering and are eager to bring the best Russian movies to new audiences across multiple territories and devices. TV1000 Russian Kino is our most popular channel both in Russia and abroad and we are excited to welcome our new viewers in Germany,Italy and the UK.”

“Sky has worked closely with Cisco for years, and we’re pleased to be partnering with them on this innovative new service,” said Emma Lloyd, group director of business development and strategic partnerships, Sky.

Cisco first revealed details about the service in December, when it indicated that OnPrime TV would also be available on iPads, iPhones, Android phones and tablets, Roku streaming media devices, and Sony PS3/4 and Microsoft Xbox One game consoles. Sky has not publicised its involvement in the project widely.