The US$1 billion sale of US entertainment prodco Dick Clark Productions into Chinese hands has collapsed. 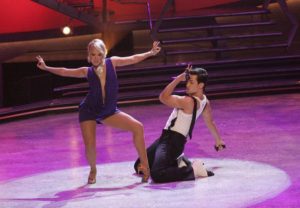 A regulatory filing from current DCP owner Elridge Industries on Friday revealed Dalian Wanda Group had pulled out of its agreement to buy the company, which is one of America’s oldest and most-prolific entertainment producers.

Elridge is seeking a termination fee of US$25 million under terms of the sale agreement reached in November. It had already received US$25 million from an escrow fund after Wanda missed a closing date of January 17 and extended to February 28, a date it also failed to meet.

The news comes as the business outlook between Chinese and American companies has strained. The Chinese government has become concerned over levels of investment in the US, which takes money out of the country, while new US president Donald Trump’s rhetoric about China has been consistently suspicious and negative.

DCP is best known for classic US series such as The Dick Clark Show and American Bandstand. It continues to produce programmes including Dick Clark’s New Year’s Rocking Eve, American Music Awards, Beyond Belief: Fact or Fiction and So You Think You Can Dance (with 19 Entertainment).

Dalian Wanda, which has assets in tourism, theatre and technology, bought another US company, Legendary Entertainment for US$3.5 billion last year. It was also planning to buy 49% of Paramount Pictures, though this was scuppered when former Viacom CEO Philippe Dauman exited.

Viacom’s board disagreed with Dauman over the sale, which he believed would unlock shareholder value in the short-term. New CEO Bob Bakish has made launching a Paramount-branded network a priority.