Steve Morrison has joined the board of UK pubcaster the BBC. 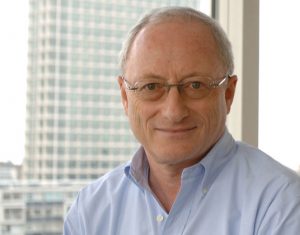 Morrison is the co-founder of Chrysalis TV, which later became All3Media.

He left the UK-based production and distribution giant in 2012, and it was subsequently sold to Discovery Communications and Liberty Global in 2014.

The former All3 exec will be the Scotland representative on the BBC Unitary board.

“As a Scot who has spent his life in television it is a great honour to be the first Scottish member of the new BBC Board,” he said.

“The BBC is taking important steps to increase programme production both in Scotland and for its network channels. I look forward to contributing my broadcasting experience to the new board and encouraging the growth of the creative industries in Scotland.”

Morrison, who started his media career at BBC Scotland before working for Granada and others, was one of several BBC board appointments.

The former KPMG exec is also a founding member of Out Leadership, a New York-based organisation helping chairmen and CEOs on LGBT business issues.

A member representing Northern Ireland will also be appointed and recruitment will start for a Welsh member. BBC board members are paid £33,000 (US$40,112) a year.