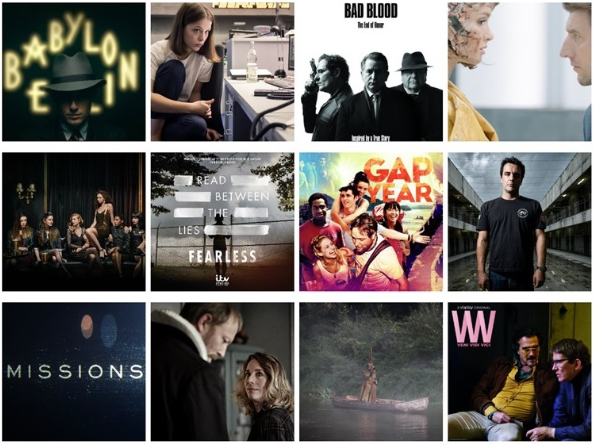 The UK has three of the twelve entries in this year’s MIPDrama Screenings with Germany and Russia both taking two apiece.

In its second year. MIPTV organiser Reed Midem has organised the MIPDrama Screenings into two categories: finished projects and works in progress, to ensure buyers know whether they will see full episodes or excerpts.

Ahead of the event Reed Midem director of television Laurine Garaude told TBI that 450 drama buyers are expected to attend, up on the 350 that showed up last year. The event has also been opened up to producers, distributors and agents.

The in-progress line-up is Beta Films’ Babylon Berlin and Arte and ZDF series Bad Banks from Germany. FX show Bad Blood from Canada, Channel One sci-fi series Better Than Us and DR drama Ride Upon the Storm complete the selection.

The three UK projects are all in the finished programme selection. BBC drama Clique, Channel 4’s Gap Year and ITV’s Fearless make up the trio.

The sole French series being screened is pay TV sci-fi show Missions, which is for Orange’s OCS channel. From Scandi SVOD service Viaplay there will be thriller Veni Vidi Vici, and from Russia, Channel One’s crime series The Territory.

The only non-European series on show is Jailers (right), from Globo in Brazil.

Six awards will be made at the Screenings with two judging panels, a Grand Jury made up of high-profile TV writers and a TV Critics Jury. Buyers can also vote for their favourite projects.