The inaugural Cannes TV festival will take place next year and run in parallel with MIPTV after the organisers of the TV market came on board the project and confirmed an organisational president.

French pay TV giant Canal+ is also a partner in the International Cannes Festival of Series, as it previously announced in January, and TBI understands it will host a public screening at this year’s MIPTV to highlight its involvement with the event, which will launch in full in 2018.

The mayor of Cannes, David Lisnard, yesterday confirmed former French culture minister Fleur Pellerin as the chief of the association organising the festival.

Details of the event, which like the long-running Cannes Film Festival, will open screenings to the public, will be revealed on the first day of MIPTV next month.

Ahead of that MIPTV organisers Reed Midem and Canal+ have both been confirmed as partners. 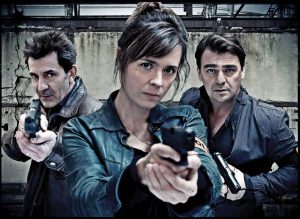 TBI understands that the broadcaster will hold a public screening of the first episode of season six of its hit French drama Engrenages at this year’s MIPTV as a curtain-raiser to its involvement.

There has been debate about where a French TV festival should be located, but the Cannes event is the result of several years work, said Pellerin, adding that there “are no leading international events about TV series”.

“As minister of culture, I wanted France to take on the opportunity and create a reference in that field,” she said. “The mayor of Cannes, David Lisnard, had already been working on this idea for many years. The grand project that he is offering today is therefore the result of a profound reflection on both the artistic and the logistic sides.

“For the past several years, the city has been demonstrating its capacity to welcome, thanks to an adapted infrastructure, large international events dedicated to the cultural, audiovisual, and cinematographic creation, and has been benefiting from a global reach and a world-renowned reputation.”

Lisnard said: “Fleur Pellerin was immediately receptive to the idea of this festival. She was the first to grasp its importance for France and its cultural promotion.”

Pellerin has also run an investment fund, and was well equipped to organise the TV festival, he added. “She combines three skills particularly relevant to the presidency of the association which is organising our Festival: her excellent knowledge of the cultural scene, her entrepreneurial experience, and her international approach,” he said.

Lisnard first announced he was planning a Cannes TV festival, regardless of the result of a Culture Ministry process to find a home for such an initiative in January, two months ago.

Government ministers had given Séries Mania founder Laurence Herzberg a mandate to find a home for a festival, with Cannes, Nice, Paris, Lille and Bourdeaux among cities under consideration.