Michelle Guthrie has revealed her restructure of Australian pubcaster the ABC, slashing 20% of management and putting a number of other roles under review as part of a strategy to focus on “delivering for audiences”. 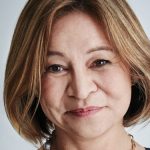 Between 150 and 200 roles will go by June 30, 2017, with support roles and those in duplicate positions taking the brunt along with the management cuts.

The number of main ABC divisions is being reduced from 14 to eight, with director of corporate strategy and planning David Anderson confirmed as Richard Finlayson’s replacement as director of television.

Former Google and News Corp exec Guthrie said the changes would allow for a transition to a “more audience-focused content structure over the next twelve months”.

While acknowledging the work of ABC staff, she was damning in her verdict of the organisation following a major strategic review that began after she joined ten months ago to replace Mark Scott.

“We lack the flexibility to quickly adjust to the fast-changing audience trends,” she told staff this week. “Our reach on television and radio is declining and digital is struggling to bridge the divide.

“We have significant audience gaps: socially, culturally and geographically. This means we’re falling short of properly and effectively representing, in our employees, content and audience impact, the modern Australia in which we live.

“Our funding situation is tight. While we have certainty over a three-year cycle, we have funding cuts locked into our base. While the Board retains its right to seek extra funding that delivers important public benefits and protects our Charter role, we must continually look at our own capacity to shape our destiny.

“That means unlocking the money we need now to enable our storytellers to deliver the programming and services that audiences want.”

The cost savings will also towards the existing ABC Content Fund, which along with regional investment have been made subject to “unprecedented financial commitments by the Corporation from within its own budget”.

The ABC plans to invest A$50 million a year in new content and create 80 jobs in rural and regional Australia as part of a ‘transformation programme’.

Guthrie has also announced an A$15 million yearly investment in regional jobs, and more digital and video output.

Many within the ABC have already left ahead of Guthrie’s announcement, including Finlayson and COO David Pendleton, who has now been named interim chief technology officer while a full-time replacement is found.

Leisa Bacon will lead a new audience team, which will in part oversee what the Content Fund is used for, while providing insight and research.

ABC International, meanwhile, is set to be integrated into the wider ABC, “enabling the Corporation to utilise all its knowledge, skills and platforms to better serve audiences in the Asia-Pacific region and deliver on its International Charter remit”.