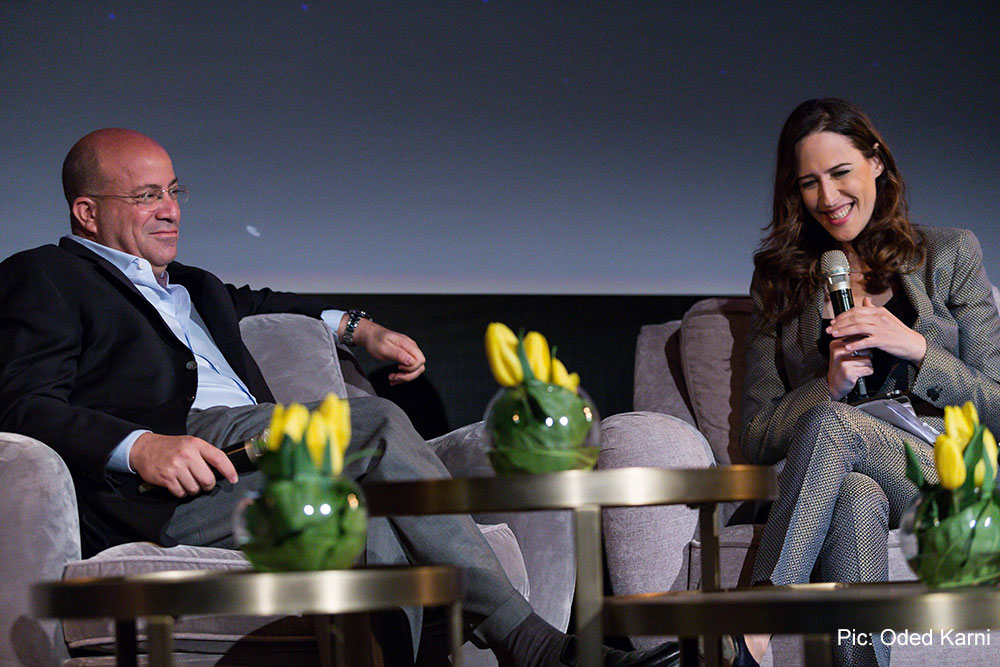 CNN boss Jeff Zucker claims the media is under assault and politicians are failing to address US president Donald Trump’s attacks on journalists, but that his news network is thriving with political events driving record ratings and revenue.

Zucker was speaking at INTV in a session labelled ‘The War on Truth’, and told delegates here in Jerusalem that while he wasn’t planning to send Trump “a thank you note”, the resulting CNN journalism “has also been good for the bottom line”.

Recent events and CNN and others reaction to them have sparked a “renaissance of journalism in America”, Zucker said. “I actually think many of the news organisations in the United States have never done better work and more important journalism,” he added.

“We’ve done an excellent job that I’m incredibly proud of – our audiences are at an all-time high on television and our digital properties, and obviously that also accrues to the bottom line and is good financially.”

In the INTV keynote, which was moderated by Israeli news anchor Yonit Levi, Zucker said that moves to restrict access to press conferences and officials, as well as the Trump regime’s ongoing labeling of much coverage as fake news, was “dangerous and unprecedented”.

CNN has been the subject of much of Trump’s ire with its correspondents refused the opportunity to field questions and frozen out of events. Much of its output, along with that of many other news outlets, has been labeled ‘fake news’ and more recently ‘very fake news’.

Trump has also indicated he does not support the sale of Turner-owned CNN’s ultimate parent, Time Warner, with US telco AT&T.

In an uncompromising response to the president’s criticism, Zucker also said that politicians have failed to stand up to Trump and defend the First Amendment amid attempts to “delegitimise many aspects of the American system”.

“Many of them are afraid in general and afraid of Trump,” he said. “Many of them have abdicated their responsibility in standing up for free media and freedom of the press – the two notable exceptions have been John McCain and Lindsey Graham, two Republican senators.”

The CNN chief acknowledged his network had covered Trump’s early rallies in depth and said he regretted giving the then presidential candidate so much unfettered air time. “It wasn’t the best editoral call,” he said. “If I could go back I would do it a different way.”

Zucker, who refused to answer whether he or his journalists has received threats in the wake of Trump’s attacks, also spoke about his role in bringing the president to TV when, as head of entertainment at NBC, he greenlit The Apprentice, the reality show fronted the by the president.

He went on to relate how after the success of the show Trump has asked to be paid the same as the entire cast of NBC’s ultra-successful sitcom Friends per episode – about US$6 million dollars – but then accepted a slight raise putting him on under US$1 million per episode.

The CNN exec also spoke about Trump alluding to getting him his job at the helm of CNN after recommending him to then-Turner CEO Phil Kent. He added that the last time he spoke to Trump was on December 2, when the president called to complain about a guest on CNN.

Aside from talking about the tempestuous CNN-Trump relationship, Zucker talked about the future of his news net as it looks to exploit digital platforms and build upon last year’s acquisition of Beme, a social media app created by YouTuber Casey Neistat.