Australian pubcaster the ABC will end its popular medical-detective drama The Doctor Blake Mysteries with a telemovie. 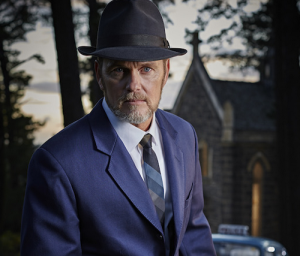 Development has begun on the TV film, which will act as the final instalment of the series and of the upcoming season five.

Internationally, PBS in the US and BBC One in the UK are among buyers of the drama, which ITV Studios Global Entertainment sells around the world.

“Dr Blake has had a sensational run on the ABC and we feel that the time is right to go out while we are still on top,” said ABC head of scripted production Sally Riley.

“We have a fantastic final season still to come and we look forward to wrapping the series up with a satisfying movie-length finale, as we bid farewell to an Australian TV icon.”

The programme, which was the ABC’s most popular in-house series in 2016 with an average of 1.66 million, stars Craig McLachlan as the maverick, titular Dr Blake and Nadine Garner as housekeeper Jean Beazley in 1950s Ballarat, Australia.

December Media produces the show in association with ABC TV and Film Victoria.

“Having been the ABC’s number one returning Australian drama year on year we felt that we wanted to go out on a high and to give our loyal audience around Australia and the World, through the telemovie, answers to many of the remaining mysteries between Blake and Jean,” said co-creator and showrunner George Adams.