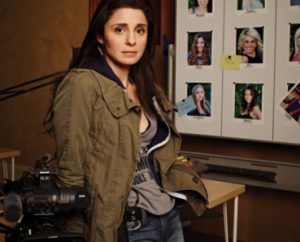 The studio arm of A+E has inked an overall deal with Shiri Appleby, the director and star of hit Lifetime series UnReal.

The agreement will see Appleby and her Appletree Pictures prodco work with A+E Studios to work up new shows for the A+E and third-party nets.

The company also said Appleby will be a brand ambassador for A+E and Lifetime, representing the cable nets at events through the year.

“Shiri is a phenomenal talent, and working closely with her on UnReal has been both a personal and professional highlight,” said Erica Bello, vice president of creative affairs at A+E Studios.

UnReal, which follows a reality TV producer on a fictional dating show (played by Appleby), was one of the first shows out of A+E Studios.

It has fared well on Lifetime and has sold well internationally with several free-TV nets picking it up. In the US it also plays on digital service Hulu.

“I’m so grateful to A+E Studios for this incredible opportunity and can’t wait to get to work,” said Appleby.