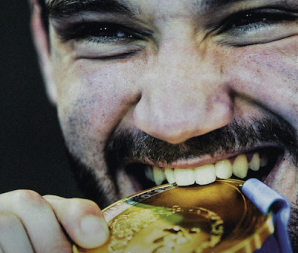 The US company, which owns Eurosport, has multiplatform Olympics rights in Europe and unveiled its mobile plans at Mobile World Congress in Barcelona today.

It will offer an official ‘Official Mobile Broadcaster’ package to telcos that will allow them to offer on-demand coverage of the Games, including real-time highlights and related news.

The package will offer themed coverage ahead of, and during, the sporting event.

“Sports are particularly powerful in a mobile environment as we are witnessing with the growth of our direct-to-consumer sports streaming service, Eurosport Player,” said Jean-Briac Perrette, president and CEO, Discovery Networks International, Discovery’s global arm.

“We are excited to form new partnerships with mobile operators to make the Olympic Games more accessible and engaging for a mobile-first audience.”

Discovery will show the Games on its Eurosport nets as well its related streaming service, Eurosport Player, which is has struck several recent mobile deals with telcos, including TDC in Denmark, Telekom Romania, and Telenor in Norway.