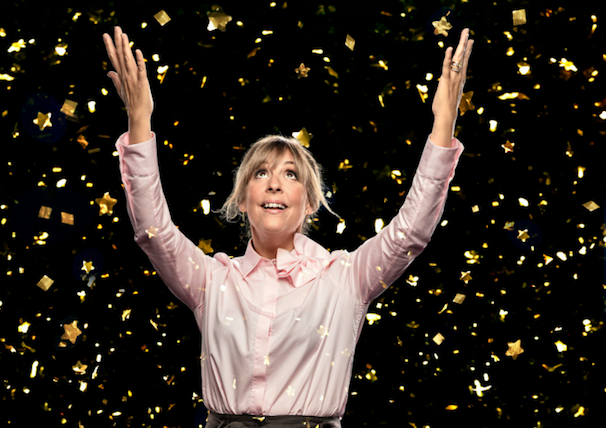 “This is our year,” says Tracy Forsyth, director of factual entertainment and entertainment at BBC Worldwide, the commercial arm of the BBC. “We have a smorgasboard of Saturday night shows, and there’s always demand for these and the big entertainment pieces.

“There is also demand for strippable daily entertainment shows like [BBC gameshow] Impossible, which has just been commissioned for a second season. The third thing people want is really strong primetime fact-ent, which can form the bedrock of their schedules.”

Forsyth says the spotlight is increasingly shifting onto entertainment and fact-ent. “It’s a great time for us in fact-ent and formats,” she says. “The tide has changed and all commissioners have these shows on their wish lists.”

Broadcasters around the world are looking for new shiny floor primetime shows as several staples of the genre start to run out of steam. As such, Worldwide will launch BBC One primetime show Let it Shine, which is battling it out with The Voice in the UK, and Whizz Kid Entertainment’s upcoming series Let’s Sing and Dance at Showcase.

There are five hours of premieres and sessions for formats and entertainment buyers on the Monday of the Liverpool event. These are led by one with Take That songsmith Gary Barlow, who is in town to promote talent show Let it Shine, and he will be joined by fellow judges Dannii Minogue and Bake Off‘s Mel Giedroyc (top).

Another session will see Matt LeBlanc and the Top Gear team talking to buyers about the motoring show.

The new-look Top Gear format has endured a rocky time since the former presenting team left (and reappeared on Amazon) and Chris Evans drove off into the distance, but it remains a huge seller internationally.

Comedian Joel Dommett will also be in town for a premiere of his fact-ent series Tribal Bootcamp. The Rumpus Media show, formerly known as Are You Fitter than a Maasai Warrior, was one of four commissioned by BBC Worldwide late last year.

“We can put on dedicated sessions for buyers to meet show creators and delve into how shows can be adapted for their market, and look at different versions of a show and how they were made and do a deep dive,” Forsyth says. “It’s about the quality and quantity of time with people.”

As heavily-formatted ob-docs fade out of fashion, Worldwide has a fact-ent line-up it hopes fits the demand for authentic and positive programming with life-swap show The Day I Fell to Earth and life-coaching show In Your Ear.

There will be new shows from freshly-minted BBC Studios offshoot Auntie Productions, and the production banner’s bosses, Samantha Anstiss and Sam Bickley, will be in Liverpool. Their effort The Day I Fell to Earth will be marketed as a finished show and a format.

The show has people swap their workaday lives with people thousands of miles away. The people featured are at a life crossroads, and are blindfolded and dropped into a new life in a different country.

“It has a real-world relevance,” Forsyth says. “It taps into a feeling that we are just going through our daily lives and might want to look at other life choices and what other options are out there. It’s a wish-fulfilment series with people from other ends of the world swapping their lives and finding out if the grass really is greener.”

The other six-part BBC show from Auntie, In Your Ear, also has an international element baked in. The format has stressed people preparing to face a big life event or challenge, who are connected to group of experts from around the world that relay advice via an earpiece. The diverse advice-givers include a retired New York cop, Catholic nuns and a Nordic Yogi.

“They get advice in real-time from sages from around the world who are watching their every move,” Forsyth said.

Worldwide new recruit Sumi Connock, the former ITV entertainment exec who recently joined as creative director, formats, says The Day I Fell to Earth and In Your Ear come as viewers gravitate towards kinder formats.

“Audiences don’t want mean and harsh [formats] – they want warmth and feelgood,” she says. “Authenticity is really important, as audiences know if something is overproduced.”

Connock will be at Showcase for the first time, having only joined Worldwide in early February, giving her an early chance to speak to the assembled international execs. Her role is to make sure there is pipeline of shows and a two-way conversation with partners making local versions of BBC shows.

She will also scour the BBC library for possible remakes. “There is a huge catalogue and some great titles in there,” she says. “I’m already looking at it.”

In the run-up to Showcase TBI will be taking an in-depth look at the drama, formats, factual and kids offerings for buyers in Liverpool. Tomorrow, TBI speaks to Liam Keelan about this year’s drama line-up.