With Showcase less than a week away, BBC Worldwide’s president of global markets, Paul Dempsey, tells TBI what the 700 buyers heading to the event can expect from their trip to Liverpool.

BBC Worldwide’s annual Showcase is the biggest market in the world hosted by a single distributor. In its sixth year in Liverpool, the event is expected to welcome 700 buyers at the ACC conference centre on the famous English city.

This year’s edition, the 41st, comes as Worldwide is being tasked with delivering more to help its public broadcaster parent to balance the books. In fact, BBC director general Tony Hall wants its commercial division to funnel 30% more back to the Corporation.

The pressure to return more to the BBC comes as some of Worldwide’s core franchises face challenges. Sherlock remains a huge global hit, but the latest season stalled in the UK ratings and wasn’t well received critically.

Post-Jeremy Clarkson Top Gear was launched to huge fanfare at last year’s Showcase, but did not set the ratings alight. Lead host Chris Evans subsequently exited, leaving Matt LeBlanc at the wheel. Clarkson et al, meanwhile, are making headlines for the right reasons, with The Grand Tour a hit for Amazon.

Suffice to say, the pressure is on to generate the next wave of international hits and Paul Dempsey, BBCWW’s president of global markets, says Showcase is the place to make that happen. “It’s the big one for us,” he says. “The fact we can command a few days’ time of 700 buyers – who fly in at their own expense – is testament to the quality and breadth of the content. It’s kicked on in Liverpool and we’re more creative than we ever were in Brighton.”

Worldwide won’t divulge what proportion of its programme sales revenue of about £400 million (US$500 million) is generated at Showcase, but it has previously been estimated at about 20%. That translates as about £80 million coming into company coffers as it hits its year-end (Dempsey says he would ideally detach Showcase from the high-intensity dealmaking of year-end, but it is now such a fixture in buyers February schedule that moving it isn’t an option). 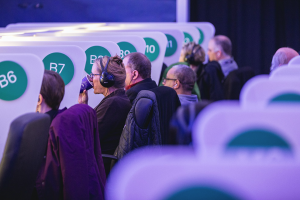 There are 600 screening booths open to buyers, and outside of screening and meeting the sales team, Worldwide has revamped the daytime conference, screenings and panel sessions this year.

“This year we’ve really changed the quality of the daytime sessions, so we’ll have experts who can really add value and help customers understand what we have,” Dempsey says.

Sessions include ‘The power of factual in a post-fact world’, ‘Solving the mysteries of the modern audience’, ‘Where is that younger audience’, and ‘TV drama for our times’. 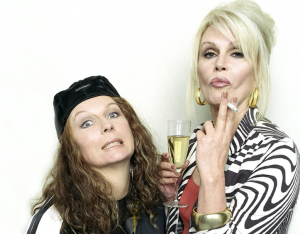 Buyers who recall the Wolf Hall-themed candle-fest in 2015, or the flying and flaming cars of last year, will be familiar with the scale of the event: only the efforts of the Hollywood studios at the LA Screenings are in the same ball park.

Worldwide assembles a wealth of on-screen, writing, and production talent in Liverpool – more than, for example, it could ever get to Cannes. This year will see Jimmy McGovern (Broken), Damon Beesley (White Gold), Mike Bartlett (Doctor Foster), Hossein Amini and Misha Glenny (McMafia) talking about their new drama projects. Steven Moffat and Mark Gatiss will also be in Liverpool to talk about the latest season of Sherlock.

Scripted always grabs the headlines and now accounts for up to half of all of programme sales revenue at Worldwide, but it is arguably the year for formats and entertainment to take centre stage.

“Drama is so important but a side of the business we have scaled up is formats, we’ve really been giving it more attention, and there will be several formats and entertainment sessions at Showcase,” Dempsey says.

Launches include Let it Shine, with Take That songwriter and host of the Saturday night talent show Gary Barlow in attendance with fellow host Dannii Minogue.

Matt LeBlanc and the Top Gear team will also be there, as will Bake Off’s Mel Giedroyc for Let’s Sing and Dance.

Showcase is ostensibly about sales, but with Worldwide’s affiliated indies in town, there are also talks about new projects. “Think about who’s there,” Dempsey says. “There are producers, talent, buyers and sales people and there are now conversations at Showcase about projects that haven’t even been greenlit yet.”

Over time the mix of attendees has also become broader with more digital buyers as well as those from Asia, Eastern Europe, the Middle East and Africa all heading to Liverpool. That global mix means Worldwide has shelved its regional Latin America event in Sao Paulo and the mini Showcase it had in Beijing.

Worldwide estimates that Showcase brings about £1 million to the city of Liverpool as the Worldwide team and hundreds of buyers descend on the northern English city. Liverpudlians will feel that benefit for some time yet, with Worldwide committed to stay at the ACC conference centre for at least three more years.

Even the most eagle-eyed will not, however, glean any sense of the cost of Showcase from Worldwide’s annual report.

With digital screening systems, less emphasis in the industry on sales of finished programming, and with people on the ground around the world, can Worldwide continue to justify a huge annual show and tell? “Every year we re-appraise the value and it still passes that test,” Dempsey says.

Now established in its scaled-up format in Liverpool, Showcase has had an impact beyond Worldwide’s business and on the whole distribution sector. There are now a host of London events from rival content sellers looking for some of the Showcase buyers’ time before they jet home.

The British activity also has a knock-on effect on the subsequent market in Cannes. For Worldwide, the slate for MIPTV just over a month later is the same, aside from the odd late addition. “We don’t hold anything back at Showcase, so MIPTV is less critical from a sales point of view,” Dempsey says. Speaking about the first Cannes market of the year, Dempsey adds: “Reed Midem need to think about how to make that show relevant and how it evolves.”

In the run-up to Showcase TBI will be taking an in-depth look at the drama, formats, factual and kids offerings for buyers in Liverpool. Tomorrow, TBI speaks to Tracy Forsyth and Sumi Connock about this year’s formats and entertainment line-up