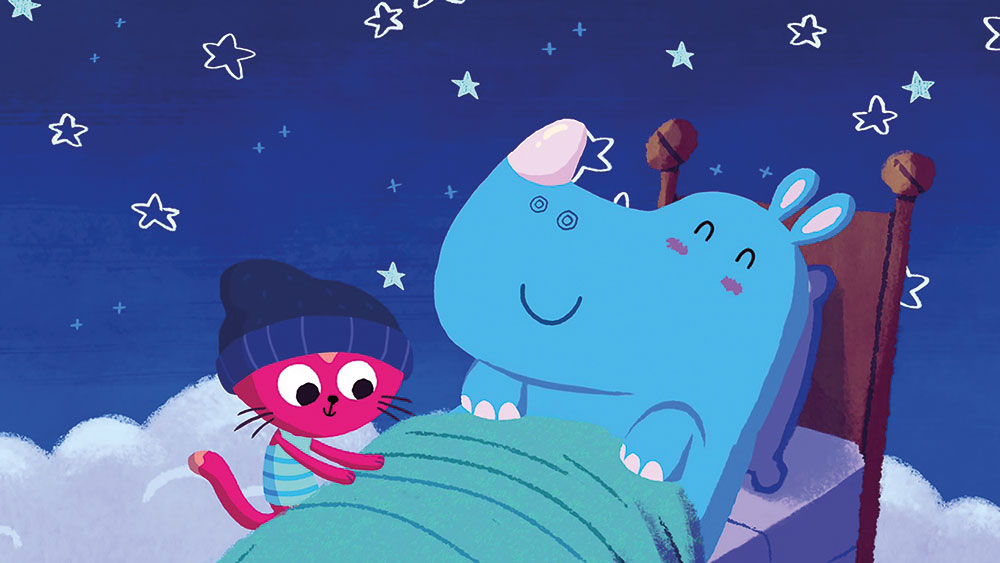 Publishing giant Houghton Mifflin Harcourt launched its Curious World app a year ago, with a raft of acquired shortform content. Having added originals and with more in the works, kids business veteran and Curious World boss C.J. Kettler tells TBI about the next steps.

Most linear kids channels have accompanying apps these days, and there are plenty of standalone digital services for young viewers. When publishing giant Houghton Mifflin Harcourt came to market with its Curious World service, it knew it had to provide something different to justify a US$7.99 monthly (or US$64.99 annual) fee.

Having run My Little Pony and Transformers animation studio Sunbow Entertainment in the late 1990s, Houghton Mifflin Harcourt’s executive VP and chief of consumer brands and strategy, C.J. Kettler (left), has a long history in kids content. She says the company had differentiated itself by moving away from a TV-centric approach with Curious World.

“We did a lot of research into what parents were willing to pay for, and we discovered there was a hole in the marketplace,” she says. “There are a lot of services based on content available on television, and an immediate differentiator was to use content not on TV, to not try and recreate PBS Kids or Nick or any other linear service.”

That meant a move to shortform content, with former Nick and Scholastic exec Linda Kahn coming in as a consultant, to cover acquisitions, which now number over 500.

The app launched in North America in 2015 and has been downloaded more than a million times. With content divided across video, games and e-books, the core demo is 2-to-7, with a sweet spot among the 3-to-5s.

Parents can also get detailed stats on what their kids access, allowing them to either indulge their children’s favourite learning areas, or push them into those in which they need to improve.

Kettler was at MIPCOM in October looking to meet producers, distributors and potential partners for a wider launch of Curious World, with expansion beyond a priority.

Houghton Mifflin Harcourt will need to clear rights ahead of any international launches, which are likely to start in other English-speaking countries.

Outside of the acquired programming, it has moved into originals, with an initial slate of six shows, and two more lined up for ths year. The service has also secured acquisitions deals with The Fred Rogers Company, and Peg + Cat creators Billy Aronson and Jennifer Oxley for shortform series Melia and Jo.

Three of the shortform originals are animated. Moonlight Storytime is produced by Bix Pix, the producer behind Amazon’s acclaimed original Tumble Leaf; music-based series A Rhino Named Paul (pictured, top) comes from CloudKid; and language-learning series Jingle Bilingual rounds out the toon offerings. Kettler says A Rhino Named Paul in particular has longform potential as it looks at moving into longer-format kids shows.

“We started creating originals because as a company we knew we could exploit this IP across the board,” Kettler says. “The first batch were all original IP. We have done six in year one and have two more in production.

“We are also developing for longform, whether we put that in Curious World or do it for another OTT service or linear.”

Currently restricted to iOS devices, and available on Apple phones, tablets and Apple TV, the service is likely to open up. “Our focus has been on Apple, but as we look at openings globally, we will look at other partnerships and getting on different devices and platforms by market,” Kettler says.