As creative director of formats at the commercial arm of the BBC, Connock is charged with working up the formats catalogue and reimagining existing formats for modern viewers.

She will also work with Worldwide’s regional team to identify acquisition opportunities. In effect, she replaces Kate Phillips, who moved to become controller of entertainment at the BBC last year.

Connock left ITV last year amid a shake-up at the UK commercial broadcaster. Her credits as creative director at ITV Studios include University Challenge, You’ve Been Framed! and Countdown. 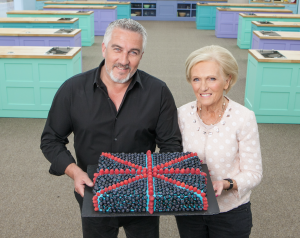 The move to Worldwide sees her reunited with the BBC, with her having been a commissioning editor at the British pubcaster, overseeing shows including Eggheads, Let Me Entertain You and Through the Keyhole.

“This role requires somebody who lives, breathes and dreams formats – someone who can spot a future global hit from a mile away,” said Tracy Forsyth, director of factual entertainment and entertainment content, BBC Worldwide. “Thankfully Sumi has all these qualities in spades.

“Coupled with her creative and commercial background both at BBC and ITV, plus her great experience leading and galvanising big, diverse teams, I know Sumi will not only help propel the formats strategy and business to even greater.”

Connock said: “I’ve always been completely obsessed with TV formats, and I’m really excited about working with the creative teams both in the UK and Internationally to create the next generation of global hits.”

BBCWW formats include The Great British Bake Off and Top Gear. Host from the UK version of the latter will be in Liverpool later this month for Worldwide’s Showcase event.