Andrea Wong is leaving Sony amid the ongoing shake-up at the entertainment arm of the Japanese company. 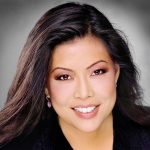 Wong will leave her role as president, international production at Sony Pictures Television and Sony Pictures Entertainment in the coming weeks. Sony declined to comment, but is thought to be planning to recruit a replacement for Wong after her exit.

Wayne Garvie, the former BBC Worldwide and All3Media exec and one of Wong’s chief lieutenants as SPT’s chief creative officer, remains in his position TBI understands.

SPT recruited Wong in 2011, and she relocated from the US to London as Kees Abrahams left the firm. Prior to Sony, Wong was at ABC, overseeing shows including Dancing with the Stars.

Sony has invested in several international prodcos on Wong’s watch. In the past year it has made investments in drama prodcos Blueprint Pictures, Palladium Fiction and Fable Pictures. It also backs The Crown producer Left Bank Pictures.

It has had a tougher time on the unscripted side, with Victory and Gogglebox Entertainment both closing.

Wong is exiting amid a tumultuous period for Sony. The company recently recorded a huge write-down at its entertainment division and lowered profit forecasts.