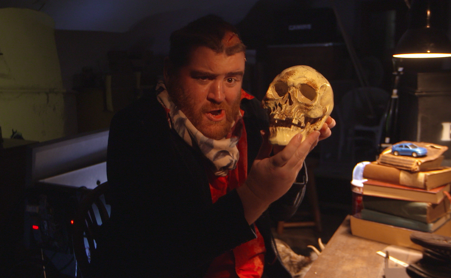 The partnership will see DRG investing in a round of Wildseed pilots this financial quarter, and will continue indefinitely with the investment described as “uncapped”.

However, Modern Times Group-owned DRG will not take an equity stake in UK-based Wildseed, a spokesman told TBI. Instead, it will become the exclusive distributor of Wildseed programming.

Former Aardman Animation TV boss Miles Bullough and ex-CBBC exec Jesse Cleverley launched Wildseed in 2013 as a conduit for emerging talent to create pilots and low-cost series that can be further developed with larger platforms.

Typically, Wildseed makes initial investments of around £10,000 (US$12,500) in an idea or creator. It will then either grow the investment following pilot production and connect the creator with premium partners.

The company has received more than 3,000 project proposals since launch, has picked up 30, published 20, and had a 60% pick-up rate from premium platform partners.

“Our new relationship with Wildseed is ripping up the ‘distributor rulebook’; we are investing in creators with no ‘mainstream’ experience and no access to market – who are amazingly talented and just need some seed investment to gain momentum,” said DRG managing director Richard Halliwell.

“DRG is evolving to become more inventive and creative, and less risk-averse, in order to take full advantage of the fast-moving developments in the digital space. Miles and Jesse are pioneers in this evolving business and we are fascinated to be a part of the ride and see where this joint journey takes us both.”

Bullough said the investment would effectively Wildseed to launch “phase two” of the business and “reload” its pipeline of content coming through the incubation process.

“Not only do we have extra investment, but also DRG’s team of experts at our disposal, who will help us meet new buyers and platforms and share developments in the international marketplace,” he added.

“We met a number of potential partners over the past few months, but absolutely loved DRG’s buccaneering and enterprising attitude, its enthusiasm for what we are trying to achieve – and its genuine passion for searching for brilliant new talent.”

Welsh pubcaster S4C was an early investor in Wildseed, making a “significant” contribution to company coffers in December 2013.