Mediaset is still open to a deal with France-based Vivendi that “creates value”, but no proposal is currently on the table, according to Pier Silvio Berlusconi. 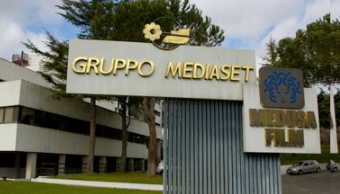 Speaking to Italian journalists in London, where Mediaset presented its investment strategy up to 2020 this week, Berlusconi (pictured) said that the Italian media group had “not received any proposal”, and added that the aborted April 2016 agreement between the pair that would have seen Vivendi take 100% control of pay TV platform Mediaset Premium had been “the best possible” deal.

However, he said, if Vivendi showed willingness to strike a fresh agreement that “creates value and growth for Mediaset” and that “makes industrial sense”, he would be open to that, even if he was skeptical about the prospects of achieving such a deal.

Berlusconi said he had met with Vivendi CEO Arnaud du Puyfontaine, but that the latter had madeonly a “vague” reference to a possible deal, in this case involving Telecom Italia.

However, the Mediaset chief made it clear that he is not interested in Mediaset taking a stake in Telecom Italia, in which Vivendi is the leading shareholder, as part of an overall deal, something around which there had been speculation earlier this week.

He said that in terms of convergence between media and telecoms, it was more common for telcos to acquire media assets than vice versa.

Berlusconi said that Mediaset could, on the other hand, be interested in a deal that would involve it supplying premium content to Telecom Italia to enable the latter to package content with broadband subscriptions.

Mediaset used its investor presentation on Wednesday to unveil and rethinking of its pay TV strategy with a new focus on making its pay TV channels and content available to other operators and opening up its domestic digital-terrestrial pay TV platform to third-party content players, a strategy for which Telecom Italia would be an ideal candidate.

There has been considerable speculation in recent weeks that Vivendi and Mediaset could strike some sort of deal after Vivendi took control of close to 30% of the Italian broadcaster’s shares in a series of unsolicited moves.

Berlusconi told the Italian journalists gathered in London that the addition of Vivendi representatives to Mediaset’s board – something to which the French media giant now has a right as a major shareholder – was “not a problem” as long as the board continued to work in the interests of Mediaset.